American fashion model and television personality Brooke Burns is married twice. The 43 years old actress was previously married to Julian McMahon. As of now, she is married to Gavin O’Connor.

So, how is Brooke Burns’s married life with Gavin O’Connor going on? What was the reason behind her previous marriage? Her children? Details below:

Out of the Blue’s star was previously married to Julian McMahon. McMahon is her first husband. He is a famous Australian-American actor and former model who is the son of a former Prime Minister of Australia, Sir William McMahon. He has worked in movies like Chasing Sleep, Fantastic Four, Premonition, Bait, among others.

As per sources, Burns and McMahon got married on 22nd December 1999, in an intimate wedding ceremony. It is reported that they exchanged wedding vows after dating for a very long time.

The ex-couple welcomed a child together. Their daughter Madison Elizabeth McMahon was born on 10th June 2000. Sadly, just after a year of welcoming their first kid together, they separated and got divorced in 2001.

The exact reason behind their divorce is not revealed. But, there were headlines that her first husband cheated with Shannon Doherty. Also, their divorce was messy.

After divorcing her first husband, Burns married her second husband/ current husband, Gavin O’Connor. The pair got married on 22nd June 2013, in a private wedding ceremony. They got engaged two years before tying the knot. 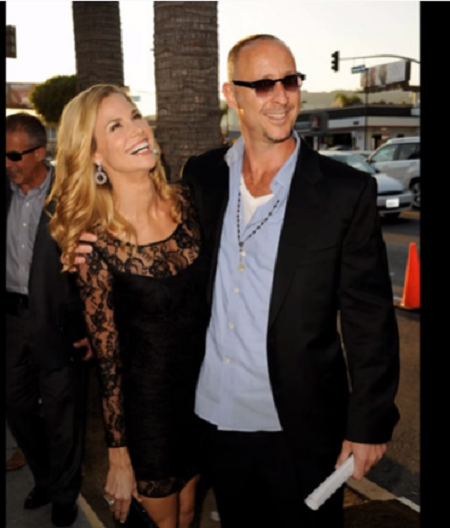 In October 2016, Burns revealed that she was expecting her second child, a girl. On 22nd January 2017, her daughter Declan Welles was born.

As of now, Burns and O’Connor enjoy around eight years long marital life.

Back on 10th November 2005, Urban Decay’s star broke her neck in a driving accident. She has made a full recovery but still has a titanium fusion in her neck. Again in May 2014, she was involved in a car crash in Los Angeles.

Burns is quite active in charitable activities. She supports the Life Rolls On Foundation, which helps people with spinal cord injuries. As a result of her driving injury, she got involved in the Think First National Injury Prevention Foundation and North American Spine Society.

SEE: American Fashion Model And Television Personality Brooke Burns' Net Worth Is In Millions-Get The details Of Her Sources Of Income And Assets