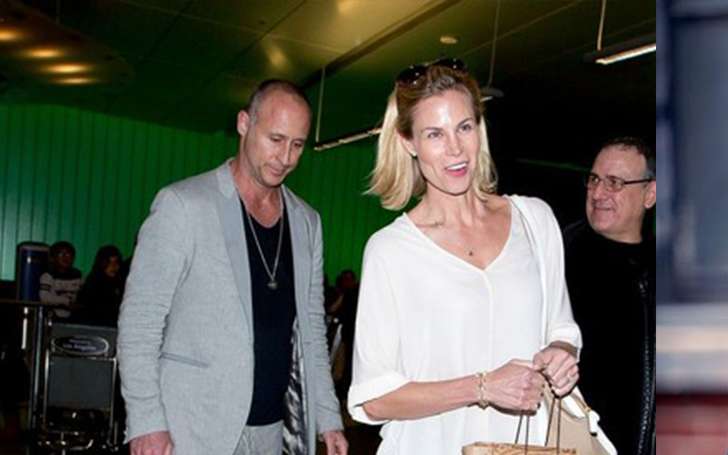 An American model, actress and television personality Brooke Burns who was once married to actor Julian McMahon, is now married to a writer and director Gavin O'Connor since 2013.

Thirty-nine years old actress Brooke Burns married Gavin O'Connor on 22nd Jun 2013 after a year of engagement.They started dating in 2011 and after 11 months of dating, they got engaged.The couple together has a daughter Declan Welles, was born January 22, 2017.

Brooke Burns and Gavin O'Connor's relationship was quite mysterious until the actress came open and showed her a three-carat, heart-shaped diamond engagement ring on Good Day L.A. in December 2011.She was first spotted with her engagement ring on the red carpet for the premiere of the movie Back where she together appeared with O'Connor.However, she didn't make an official statement.

I couldn't be happier with my @PaigeDenim pregnancy jeans! I ordered online because I love their quality...the preggo ones? Just as great! pic.twitter.com/JaNdhDsBbs

The couple is happily married and their relationship seems to be more mysterious as the couple managed to keep their personal life low profiled. But Burns did share the pregnancy jeans moments on Twitter.

Brooke Burns and  Her Supportive Husband

Brooke Burns's husband G.avin O'Connor seems to be very supportive of her.On May 2014, the actress faced an accident when the car she was driving collided with another. O'Connor rushed to the accident spot on pajamas and dropped everything just to support her back to recovery. For more news on this couple and other celebrity couples, keep coming back to Article Bio.