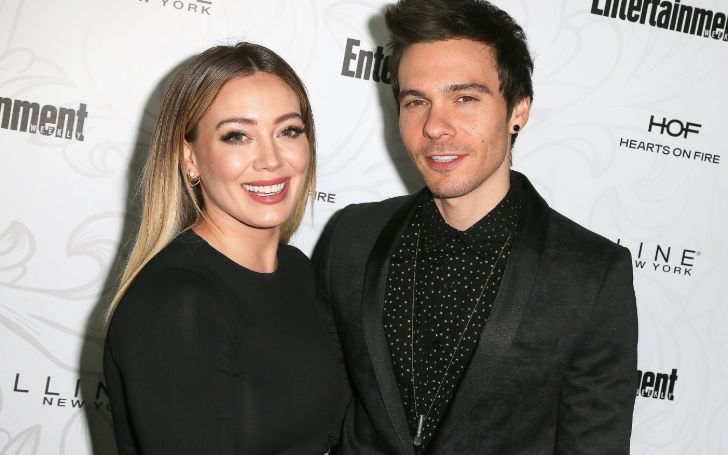 It's been five years since Hilary Duff has not performed any song and she has just made a return to music with her husband, Matthew Koma.

The Disney Channel alum, 32, joined the We Might Fall singer, 32, on a special cover song(of Third Eye Blind’s classic song Never Let You Go), which is favorite of both of them. The husband-wife duo teamed up with producer RAC to make the cover song.

She took to Instagram on Wednesday, 12 February, to tease the alt-rock cover. She wrote in the caption,

VOLUME UP! It’s a bop and I sing with my husband @matthewkoma who thinks (dreams) he’s best friends with Stephan Jenkins. Instead we just cover his songs.

Matthew has collaborated with renowned artists such as Zedd, Tiësto, Ryan Tedder and Shania Twain. He also shared how his wife was excited over their duet in an Instagram post.

Promoting the song, he wrote,

One time, Stephan Jenkins called me an obsessed fan. Maybe it’s because I address my Amazon packages to his name?

Duff had not released any new music since her Breathe In, Breathe Out which was released in 2015.

Duff and Koma tied the knot in December 2019 after years of dating. They briefly split but eventually reunited. The pair is parents of an adorable daughter, Banks Violet Bair, 15-month.

Duff was previously married to Mike Comrie with who she shares a 7-year-old son, Luca Cruz Comrie.