High As The Falcon Heavy Reached, The CEO Of Space X, Elon Musk's Net Worth Has Touched The Same Height! 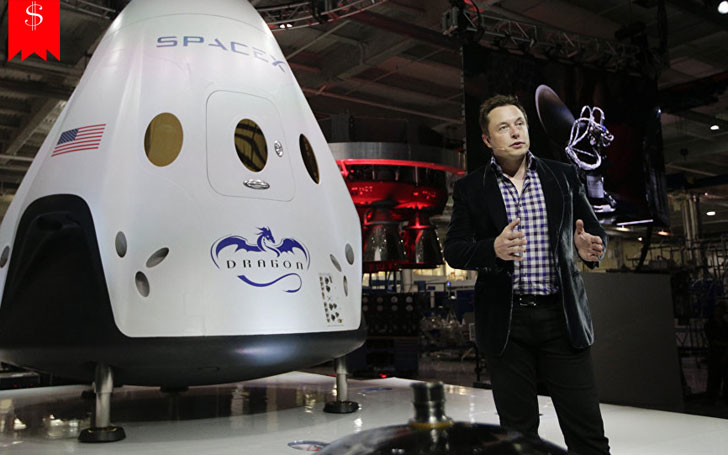 Elon Musk's expression during the launch of 'Falcon Heavy' was better captured by National Geographic. The Falcon Heavy took off from Launch Pad 39A of NASA's Kennedy Space Center. Most importantly, it launched Musk's own Tesla Roadster and a mannequin "driver".

The multimillionaire businessman has amassed a huge sum of net worth being the SpaceX founder and CEO and the owner of Tesla Motors. Well, let's get details about his net worth over here.

How Much Is the Net Worth of Elon Musk?

As of February 2018, he has an estimated net worth of about $20.5 billion. According to Bloomberg, he peaked at 43rd position in the list of world's richest person.

His Assets: Houses, Cars and More

Visionary inventor and high-tech serial entrepreneur owns more than $70 million worth of residential property in the Bel-Air neighborhood of Los Angeles all within walking distance of each other. 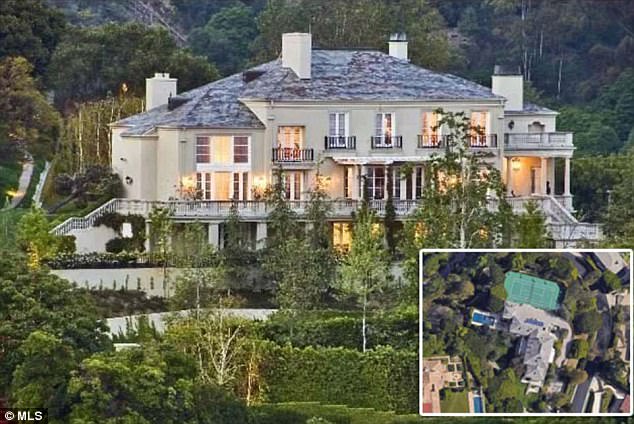 The Tesla and SpaceX boss is the owner of a $6.5 million house from Gene Wilder. The house was later converted into a private school. 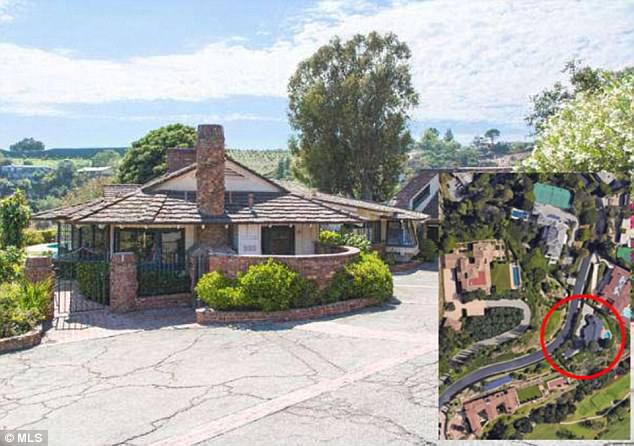 The house bought for $6.75 million

He scooped up a nearby property for $24.24 million in 2016. The latest home is an ultra-contemporary house on a ridge overlooking Bel Air which is still under construction.

Another home of the Tesla billionaire in the Bel Air neighborhood

Further, Musk has a plan to dig a tunnel beneath LA to relieve traffic congestion on roads and highways. The project could be beneficial for thousands of people in the city.

It is expected to run from Westwood to Lax- passing through the SpaceX headquarters and Musk's Bel Air properties. He aims to build an underground network of tunnels where cars and trains could travel at a super high-speeds.

'The goal of The Boring Company is to reduce soul-destroying traffic and maximize public happiness.'

Back in 2013, he paid $920,000 at an auction of the Lotus Esprit submarine car. The car is used in a James Bond movie. Apart from driving Teslas, he is the owner of two gas-powered cars: a Ford Model T and a Jaguar E-Type Series 1 Roadster. 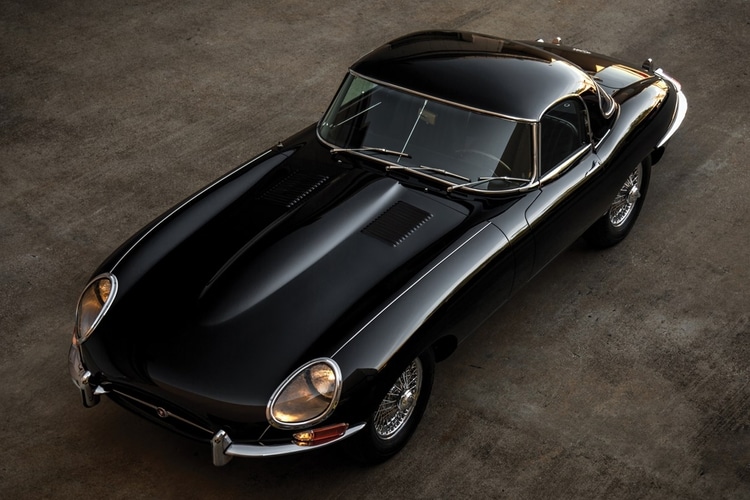 Source: Man of Many

He also owns an Audi Q7, which initially inspired him to include falcon wing doors on the Tesla Model S.

There were plenty of spectacular moment during the launch of SpaceX's Falcon Heavy rocket on Tuesday, 6th February 2018.

Falcon Heavy is one of the world's most powerful rocket launched on a journey further than Mars. It is the world's 4th highest capacity rocket ever to be built, after Saturn V, Energia, and N1.

Musk wasn't necessarily expecting the rocket to go into space but it actually did. The star made a history launching the rocket with the cherry-red Tesla Roadster that Musk embedded in the capsule of the payload rocket.

The image of the car gliding past Earth is the primary visual art of the launch. Its stereo was programmed to play David Bowie's Space Oddity repeatedly as it travels for millions of years through space until the battery dies. "I love the thought of a car drifting apparently endlessly through space and perhaps being discovered by an alien race millions of years in the future ."

The most powerful Falcons Heavy cost an estimated $90 million per launch in the present context.

Most of you people find it hard to believe but Musk started earning since his early childhood days. At 12, he created and sold his own space-themed video game named 'Blaster'.

As per some sources he earned $500 when the source code for the game was published in South African magazine PC and Office Technology.

When he was a student at Queens University, he earned selling computer hardware parts. He even turned his house into a make-shift nightclub in order to pay rent of his room.

Musk speaking at a press conference

Later, he founded an online payment company named 'X.com' which merged with Confinity in 2000 and became PayPal.The company was bought by eBay for $1.5 billion in October 2002 of which Musk received $165 million from his shares of 11.7%.

Most of his impressive fortune owes much to his stake in Tesla Motors Inc. (TSLA). It is the leading electric vehicle and solar panel manufacturer. He is the current CEO and chief product architect over there.

SpaceX has also contributed to Musk's net worth. The space-exploration company founded in May 2002 raised $1 billion from Google Inc. and Fidelity Investments in January 2015.

Musk, the current CEO of SpaceX

Source: Take Back the Sky

As of December 2017, SpaceX is valued at around $20 billion as stated by Forbes. Some sources claim that Musk owns the same percentage share in SpaceX as he does in SolarCity and Tesla.

SpaceX is both the largest private producer of rocket engines in the world.

In addition to it, he is the co-founder of OpenAl, a nonprofit research company, Neauralink (a neurotechnology company) and The Boring Company.

Like most billionaires, Musk has been involved with philanthropic activities.His philanthropic vision directly reflects the future of today's world including an element of space exploration.

He is the chairman of the Musk Foundation, the organization especially focused on providing solar-power energy systems in disaster-affected areas. The Musk Foundation worked with SolarCity and donated a 25-kW solar power system to the South Bay Community Alliance's hurricane response center in Coden, Alabama. 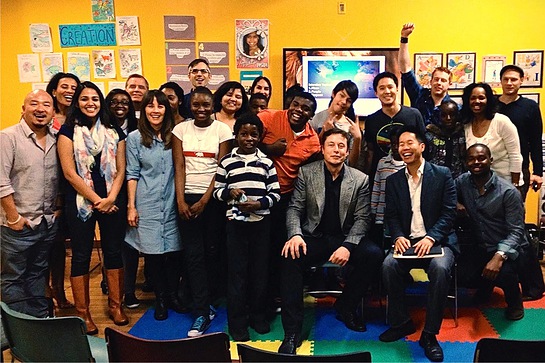 Source: Look to the Stars

It is said that cartoonist Matthew Inman and William Terbo asked him to donate $8 million for the construction of the 'Tesla Science Center' at Wradenclyffe, but he ended up giving $1 million for the project.

In January 2015, he donated $10 million to the 'Future of Life Institute' aiming to run a global research program to discuss the benefits of artificial intelligence to humanity.

He is also a trustee of the X Prize Foundation and a signatory of The Giving Pledge.

Despite having a massive net worth, Musk has never taken a paycheck from Tesla, refusing about $56,000 salary every year. Furthermore, the company announced it wouldn't pay his salary, bonus, or stock for next 10 years until the firm reaches a $10 billion market cap.

Being a notorious workaholic, Musk doesn't spend much on lavish vacations or expensive hobbies. He spends most of his time in the office and factories; also retreating to one of his four Los Angeles mansions. 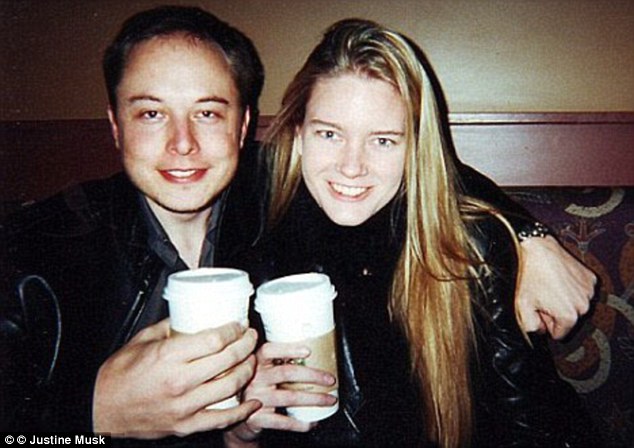 In late 2008, Musk divorced his first wife Justine Musk and it took much of his finances. A year later he faced a financial crisis and said he "ran out of cash" and lived off loans from friends trying to keep his companies still.

Sources reported that his messy divorce from the science fiction writer Justine Musk was the leading cause of his financial crisis in addition to his excessive living expenses.

Justine was seeking a large percentage of Musk's share of both Tesla and SpaceX with a post-nuptial agreement providing her with $20 million altogether.

He debuted on the stock market in 2010 and his net worth simply rocketed to $2 billion in 2012 for the first time. 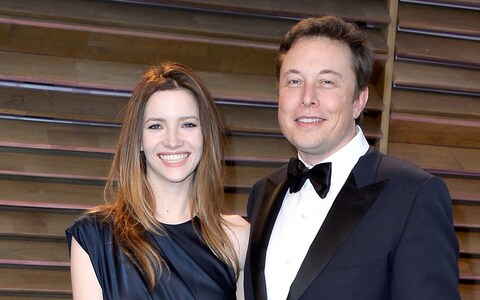 Lately, he gifted $10 million to the 'Future of Life Institute' to regulate artificial intelligence.

His second marriage with Talulah Riley also couldn't last long. The couple who married in 2010 decided to take a break in 2012. It is said that Riley accepted $4.2 million as her divorce settlement from Musk in 2012.

However, the couple remarried in 2013 and their on-off relationship came to an end in 2016. Their divorce was finalized in November with a $16 million settlement.

His Awards and Achievements

The courage and dedication of Musk in vast fields are really praiseworthy.Let's go through some of his achievements till date.

In 2006, he served as a member of the United States National Academy of Sciences Aeronautics and Space Engineering Board. R&D Magazine declared him the 'Innovator of the Year' in 2007 for SpaceX, SolarCity, and Tesla. It was the same year he was praised by Index Design Award for his amazing design of the Tesla Roadster.

He received American Institute of Aeronautics and Astronautics George Low award for the most outstanding contribution in the field of space transportation in 2007/2008.

Most recently, he was listed by Richtopia, a UK-based company at the third position in the list of 200 Most Influential Philanthropists and Social Entrepreneurs.