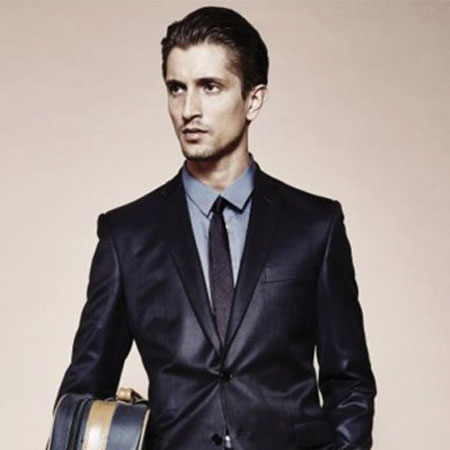 Brazilian Model, Hermann Nicoli is an  Instagram sensation, who became one of the popular faces after his affair with Candice Swanepoel, Victoria's Secret model. The couple started dating in 2008 and are still together. They have two children together.

Hermann Nicoli was born on 8th July 1982 in Brazil under the birth sign Cancer. He is a Caucasian by ethnicity and holds Brazilian nationality. Nicoli has two sisters named Gabi Nicoli and Sabrina Nicoli.

Nicoli is Brazilian model by profession. He works with a renowned talent agency 'Next Model Management.' Besides, he is popularly known for his Instagram posts. He posts several pictures on his account which helped him to grab over 116k followers as of 2019. He came into limelight after he proposed Candice Swanepoel, a South African supermodel.

Swanepoel is well known for her collaboration with Victoria's Secret. She was also listed in 'The World's Top-Earning Models.' Swanepoel has made her appearance in Italian, American, Spanish, German, Australia, Japanese, Chinese, British, Korean, and Mexican Vogue.

Hermann Nicoli earns a decent amount of money as a model. He makes money through endorsements and advertisements for various brands. As of 2019, Nicoli's total net worth is estimated to be $1.5 million.

His wife, Candace Swanepoel has also been listed at No.8 in Forbes richest with earnings of $5 million in 2015, and with $8 million in 2016. Moreover, Swanepoel also involved in charity work and even done a petite bit of fashion designs.

In 2016, she teamed up with a denim line to raise funds for mothers2mothers, a charity association, which helps to prevent pediatric, AIDS.

Hermann Nicoli is currently in a relationship with Candice Swanepoel is a South African supermodel and philanthropist, who named as one of the top earning models in 2011.

They are dating since they met in Paris, in 2008. At the time, Nicoli was 23 years and Swanepoel was only 17. She is a native of South Africa, originally a brunette.

Since then the couple is living a happy life together. In August 2015, the couple got engaged. On 5th October 2016, the couple welcomed their first baby boy Anaca Nicoli.

As of 2018, the couple welcomes their second child, Ariel Swanepoel Nicoli who completed their family. The couple posts several pre and post-pregnancy pictures on their social media.

These are the most precious gifts life has given me. I am a lucky woman to be their mommy, to help guide them through this thing called life........ Now they will always have each other Anacan & Ariel #brothers

The couple has a very strong bond and love, regardless of their busy schedules, they manage time to spend quality time together. They have an affair for years but has not married yet.

Besides, he also stood against the hunting of animals in Africa. She was one of the various celebrities who mourned the ridiculous and brutal killing of Cecil, the Lion recently.