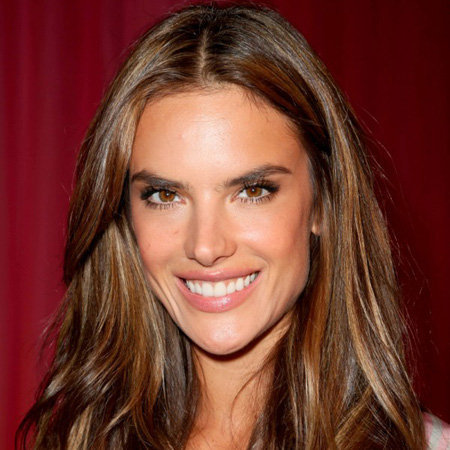 Alessandra Corine Maria Ambrósio, a Brazilian model/actress, is known for her work with Victoria's Secret. She was chosen as the first spokesmodel for the company's PINK line in 2004.

She is one of the angels of Victoria Secret and has featured in the several brands such as Next, Armani Exchange, Ralph Lauren and Christian Dior.

Ambrosio was born on 11 April, in Erechim, Brazil, and she is currently 36 years old now. At this age, she has already been a very successful model and her fame has been enormous. She has made her parents very proud with her work.

She belongs to the ethnicity white and nationality Brazilian. She is not only a great model but a very successful actress as well.

Ambrosio has already done modeling for huge brands and her biggest achievement would surely be her contract with Victoria Secret.

In 2004, she got an opportunity to be the spokesmodel for Victoria's Secret "PINK" line and she did not let that chance slip through her hands. She also walked on the ramp of the Victoria's Secret Fashion Show in the year 2005 and everyone just stopped to watch her.

Other huge brands she has modeled for are Revlon, Christian Dior, Giorgio Armani and Ocean Drive. She has been very impressive in the TV shows and movies she has been a part of.

In 2006, she appeared in the James Bond movie, Casino Royal and she impressed everyone with her role. She has appeared in a lot of TV shows till now and some of them are The Late Late Show, The Tyra Banks Show, Project Runway, Entourage, Gossip Girl and Late Night with Conan O'Brien.

She also played the role of Samia in a popular TV series called Verdades Secrets and she has already completed 5 episodes of the show.

Alessandra Ambrosio is an unmarried woman. She is engaged to her longtime boyfriend Jamie Mazur since 2008.

The couple was dating for a year before they decided to take their affair to the next level and got engaged in May 2008. Even being engaged for one decade, the couple has not shared about their marriage plan.

The duo has two children; the first one is Anja Louise Ambrosio Mazur and the second one is Noah Phoenix Ambrosio Mazur. It seems like the couple will soon get married and live happily as husband and wife.

Alessandra Ambrosio's current net worth is around to be $40 million. She is one of the richest models of Victoria Secret and is listed in the top five highest paid Victoria Secret's model of 2017. Ambrosio is 5.9" inch tall and has a perfect body measurement size of 34-25-34.5.

A lot of information on her and her amazing biography can be grabbed from popular wiki sites such as Wikipedia and IMDb.