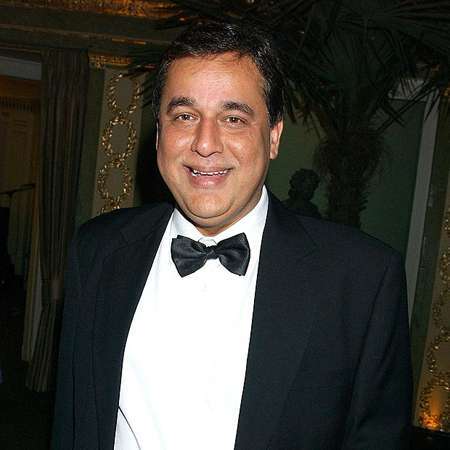 Hasnat Khan, known most prominently as the ex-lover of Princess Diana, is a British Pakistani heart and lung surgeon. Apart from his relationship with Princess Diana, he has been known to serve in the Royal Brompton Hospital in London and in the Harefield Hospital whereby he portrayed his doctoral skills. He was born on April 1st, 1959 in Jhelum, Punjab in Pakistan to father Rashid Khan and mother Naheed Khan. His father was a graduate of the London School of Economics.

Born to an affluent Pathan family, Hasnat had a pretty good childhood as his father owned and run a prosperous glass factory. His educational status is not much known but it has been known that he served in Sydney until 1991 and then served the Royal Brompton Hospital situated in London for a year from 1995 to 1996. He then began working at the London Chest Hospital and moved next into the Harefield Hospital until 2007. He opened and headed a cardiac hospital in Malaysia and is currently working at the Basildon University hospital as a consultant cardiothoracic surgeon.

More than his career, Hasnat Khan is known for his widely known relationship with Diana, Princess of Wales. It has been said that Khan and Princess Dian met when he was working at the Royal Brompton hospital in 1995 when she visited a sick friend. She was attracted to Khan and they went on a date later. She used to visit the hospital often in hopes of seeing him again.

They fell in love and the relationship blossomed. The couple was together for the next two years and the chemistry did not last long as Khan reportedly worked long hours in the hospital. This fact was not liked by the Princess and she broke the relationship with him in July of 1997. Princess Diana while on one hand was looking for a serious relationship, on the other hand, the prospect of marriage was deemed to be unrealistic by Khan thus leading to problems between them.

You May Be Interested To Know: Princess Diana Used To Bring Her Boyfriends In Kensington Palace

Diana then started dating Egyptian millionaire Dodi Fayed but she still remained infatuated with Khan. Diana and Dodi died in a car accident on August 31, 1997, and Khan refused to speak about their relationship still. He married Hadia Sher Ali, originally from Pakistan, on May 2006. However, after 18 months of togetherness, the couple went through a divorce in 2008.

The relationship of Khan and Princess Diana is the subject of the 2013 film Diana which further gave insights to their tumultuous relationship which was over seen by the entire world. As of now, Hasnat has spoken up about his relationship with Diana and deems her death to be a tragic accident.

Hasnat Khan is not known to be in a relationship with anyone after his divorce from his wife Sher Ali in 2008. Also, Khan is not active on social sites like Instagram and Facebook which also keeps the information regarding his personal life under the radar.

As of 2019, Hasnat Khan is 61 years old as of now and there is no information regarding his income and earnings from his career as a surgeon.