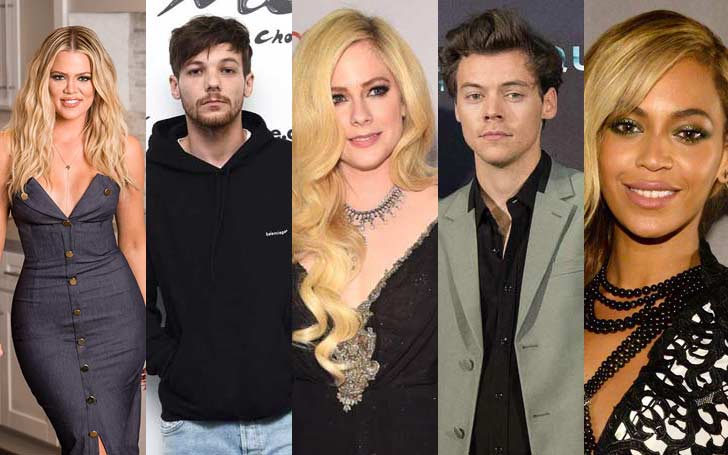 Celebrities are usually perceived as having lives weirder and often crazier than normal people. So, it comes as no surprise that so many fans come up with so many crazy ideas about famous personalities and how their life is like, including some utterly crazy fan theories.

Celebrity conspiracy theories have been in existence as long as one can remember. Usually, the renowned names tend to be the star of such theories. Here are five of the craziest fan theories about celebrities that will blow your mind.

This theory widely circulated when Beyonce was expecting her first child, Blue Ivy, in 2011. Fans started suspecting when one of the world's best experts in promoting herself only released a few pictures of her stomach to document the pregnancy.

Moreover, there was no information leaking from a third party about her delivery in Manhattan Hospital. Adding more fuel to the fire, her stomach was observed to be collapsing in one of the TV appearances.

Some claim the singer chose to raise the illegitimate child of Jay Z as her own while others claim the child, Blue Ivy is neither Beyonce's nor Jay-Z's, but rather the daughter of Matthew Knowles, Beyonce's father. Whatever you choose to believe, it is heavily claimed Beyonce was never pregnant.

2. Khloe Is Not A Kardashian

One of the most talked about rumors about Kardashians has always been who Khloe's real father is. The drama erupted even further when two ex-wives of the late Robert Kardashian, claimed Khloe was not Robert's daughter.

Jan Ashley was married to Robert after Khloe's mother Kris Jenner. She claimed her former husband told her Khloe is not his kid after they got married.

Moreover, Ellen Person, Robert's third spouse who he tied the knot in 2003 just two months prior to his death claimed to tell the truth about Khloe never being her former spouse's offspring.

The common suspects seem to be O. J. Simpson, Alex Roldan, and Lionel Richie. At this point, who Khloe's real father is anybody's guess.

Were you aware that Avril Lavigne was replaced by a doppelganger named Melissa in 2003? That's what fans on the internet apparently say. The theory claims Avril during the beginning of her career was struggling with fame.

She then began using body double named Melissa Vandella. At some point after these events, the real Avril supposedly died and she was replaced with the lookalike by the record company.

There have been some evidence that Lavigne prefers trousers while Melissa prefers skirts,  as well as the apparent difference in the facial features of the real Avril pre-2003 and the current cloned version.

Some theorists also believe Melissa left clues in her songs such as slipped away where the lyrics go The day you slipped away was the day I found it won't be the same. This cloning conspiracy is unlikely to go away anytime soon.

4. Stevie Wonder Is Not Blind

Conspiracy theorists have been claiming for years that Stevie Wonder can actually see. The American musician claims he's been blind almost since he was born due to the complications during his premature birth.

However, his fans are very suspicious about it. Him watching a basketball game in the US is often pointed out as a form of evidence. Moreover, there's a video of him appearing to catch a falling mic stand on TV. You can watch it below.

Furthermore, he is seen announcing the winner by reading the envelope at the Grammy.  Some believe he might have regained eyesight in recent years. There's no doubt the conspiracy lives on whether Stevie Wonder is really blind or not.

The fan theory on Louis Tomlinson and Harry Styles is often a topic of discussion among One Direction fans. The theory says that in the early days of One Direction, Styles and Tomlinson fell for each other and carried out a relationship in secret.

There are numerous fans on social media who believe this theory completely and back it up with all sorts of videos, pictures, and quotes.

Moreover, there are countless Tumblr pages dedicated to Larry Stylinson fanfiction, the apparent love relationship between Louis and Harry. In fact, you get more than five million results when you search for 'Larry Stylinson' on Google. It just goes to show how deep this fan theory runs.