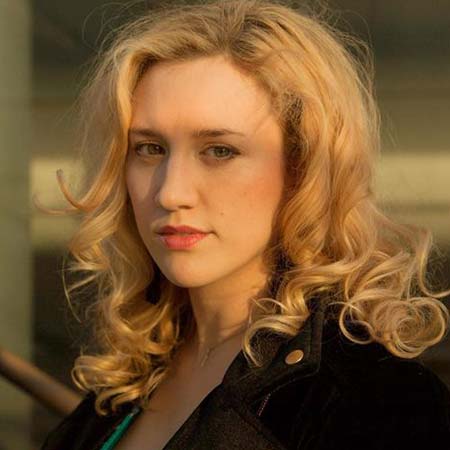 The American actress, Hannah Telle rose to prominence after giving her voice to the lead character Maxine Caulfield in the Square Enix video game, Life is Strange. She has also appeared in shows like Flesh and Blood, and The Day Abby Went Into David’s Backyard. Besides, Telle is also a singer and launched her debut album ‘Hollow Glow’ on September 21st, 2016.

Hannah Telle was born on September 18, 1987, in Clearwater Beach, FL, under the birth sign Virgo. She holds an American nationality and belongs to a white ethnic group. Sadly, there is no more information regarding her parents, childhood, and siblings.

Talking about her education, Hannah completed her high school from North Carolina School of the Arts. Later, attended the University of Southern California and studied Cinematic Arts, Theatre, and Photography.

In 2010, Telle started her career from the film The Day Abby Went Into David’s Backyard. She also featured in a couple of movies such as Paste, Over & Out, and few more.

Tonight!!! So excited to play my 1st show of 2017 with the wonderful @rutgervanwoudenberg Wow!! Come to @storiesbooksandcafe for @friendsnfamilyla! We go on at 9 ove y'all

Moreover, she also made regular appearances in the long-running soap opera Days of Our Lives back in 2012 and shared the screen alongside Deidre Hall, Kristian Alfonso, Nadia Bjorlin, Galen Gering, and Eric Martsolf to name a few.

In addition, she also plays guitar, flute, and harp. She has launched her debut album named ‘Hollow Glow’ on September 21st, 2016.

As of 2019, Hannah has an estimated net worth of 6-digit figure. She gathers her fortune from her career as a voice actress, TV and film actress, and as a singer.

The American actress, Hannah is very secretive when it comes to her personal life which is why there is no exact information related to her dating life and boyfriend.

Moreover, she has not been seen with anyone in the public and media and she was involved in any affairs. She might be focusing on career rather than in any relationship. Currently, she is enjoying her single life and living elegantly.