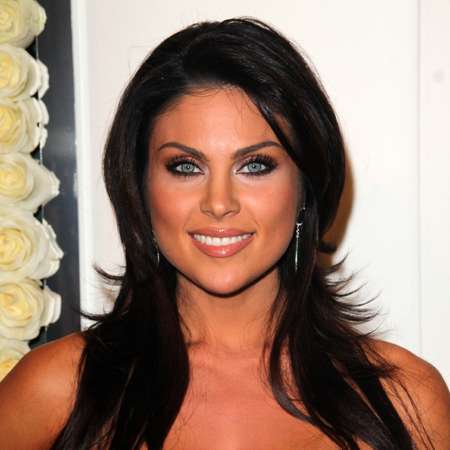 Nadia Bjorlin is a popular American actress, singer, and model mostly known for her major role on the soap opera Days of Our Lives. She is also credited for her work in Jack Rio, Divorce Invitation, CSI: Crime Scene Investigation, 2 Broke Girls. Her role in the daytime soap opera Day of Our Lives earned her further fame. She is also a model who has worked for numerous well-known companies.

Nadia Bjorlin was born on August 2, 1980, and was born in Newport, Rhode Island. She is the second child of Fary Bjorlin who is an Iranian Interior designer and Mats Ulf Stefan Bjorlin who is a Swedish composer and conductor. Nadia is fluent in Swedish, English, and Persian and is also schooled in Italian, French, and Russian.

Nadia Bjorlin went to the Interlochen Center for the Arts and the Boston University Tanglewood Institute, where she was honored for her excellence in voice, theater, dance, and music. After her graduation, she decided to continue her interest in dance, music and acting as a lifelong career plan.

Nadia debut in April 1999 and her first career breakthrough role was in popular soap opera Days of Our Lives as Chloe Lane. Her character in the show was nicely portrayed as a nerdy and shy girl changing into a bold and beautiful girl. She was a major character and audience favorite.

Nadia Bjorlin has also starred in several independent short and feature films in her career including Marriage Undone, a short film which was featured in Pacific Palisades Film Festival and Los Angeles International Short film.

Likewise, another independent film, If I Had Known I was a Genius in 2006. The following year, the actress was a cast in the box office flop movie Redline along with Eddie Griffin, Angus Macfadyen, Denyce Lawton, Tim Matheson, and Nathan Phillips.

Nadia was also starred as the female main lead of the auto thriller film, Redline. Nadia also signed in to be a part of the romantic comedy movie Divorce Invitation in 2011.

Nadia Bjorlin also appeared in several dramas and comedies throughout her career, including Complete Savages, Jake in progress, Sex, Love & Secrets, and Out of Practice. In 2010, ravishing Nadia Bjorlin appeared as a guest star in two shows, the CBS comedy Two and a Half Men and CBS drama NCIS along with that she appeared in one of the episodes of CSI. In 2013, she was a cast in the TV series 2 Broke Girls alongside Kat Dennings, Beth Behrs, Garrett Morris, and Jonathan Kite.

Nadia Bjorlin is also popular because of her amazing fashion sense. She has been featured on several pages and covers of Fashion, celebrity and online magazines including Runway magazine, You, In Touch Weekly, Stun Magazine and so on.

Nadia Bjorlin has through her performance in both movies and TV series collected a hefty amount of net worth which as per celebrity net worth is around $2 million, in 2019.

Bjorlin is also quite popular on social media especially on Instagram account with over 99.3 K follower. It is also a major part of her income as the Instagram star who has around 100 K followers can command over $5000 a promotional post.

Nadia Bjorlin once dated Los Angeles radio personality Frank Kramer around 2001. Similarly, she was romantically involved with Bruce Wills and was even engaged to subprime lending tyc* * n Daniel Sadek, who produced her film Redline. Bjorlin was in a serious relationship with actor Brandon Beemer. The couple was in a relationship for about seven years and because of mutual differences, the couple broke up.

After Nadia Bjorlin and Brandon Nadia broke up, she met Grant Turnbull. The couple met by chance on Valentine’s Day 2014 where Nadia along with her friend Dilson Schild was at the dinner party and Grant was asked to host the same party. The couple got engaged in August 2014 and was married on May 15, 2015, in Palm Springs. In November 2015, Nadia announced that she and her husband Turnball are expecting their first child and on May 4, 2016, the couple was blessed with a son named Torin Mathias.

Nadia Bjorlin has also been involved in several fundraisers and charities to help raise awareness and money for research of Leukemia after her father Ulf Bjorlin died at age 60 due to Leukemia. She has even formed her own team named Nadia’s Cancer Crusaders to help find a cure for this disease. She has also participated in and hosted several programs in big cities to raise fund for her charitable events.