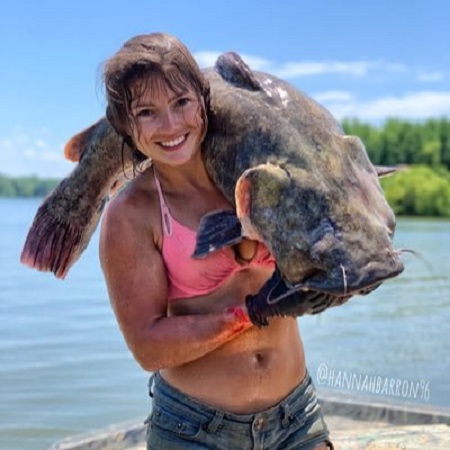 Hannah Barron is a famous American social media influencer and Instagram personality who came into the spotlight for her posts related to adventure, hunting, and fishing. The experienced hunter has been engaged in hunting at a young age.

Who Is Hannah Barron's Future Husband?

Hannah has not revealed much about her personal life. However, according to her social media platforms, she is engaged to her fiancé, Ryan Horton. Just like her, her partner is also an experienced hunter. 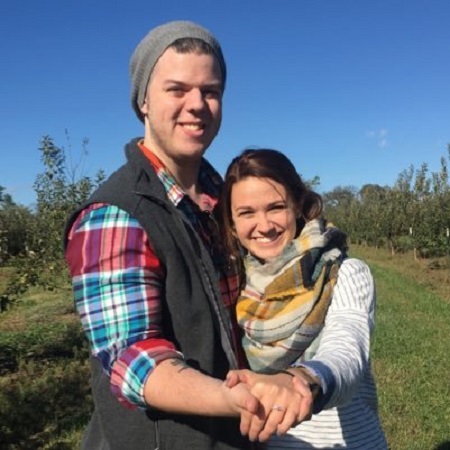 It is not clear when and how they first met, but sharing the same pa s sion might have brought them together. Back in December 2018, after dating for a long time, the couple got engaged. The couple is yet to get married but is happily living together.

Hannah was born on 3rd July 1996 and is currently 23 years old. She was born in Alabama, in the United States of America under the birth sign of Cancer.

Hannah did not reveal her parents; however, her parents divorced when she was only eight years old. The name of her father is Jeff Barron, who owns a mill. He previously had served as a Wildlife Adventist and hunter. In fact, he was the one who introduced Hannah to the hunting world.

"My dad, Jeff Barron, taught me everything I know about the outdoors. I’m so thankful to have a father who took up so much time with me growing up, pa s sing on what he learned about hunting, fishing, setting trotlines, and trapping. He’s still my best friend. Now we go on hunting trips all over the world together."

Hannah also shares a close bond with her mother. Her mother even featured in some of her vlogs on her YouTube channel.

Hannah is 5 feet tall and weighs around 52 kg.

How Much Is Hannah Barron worth? Is She In Luke Combs Video?

Hannah is a rising social media personality and Instagrammer, who posts numerous hunting, fishing, and adventure pictures on her social media accounts. She has over 563 thousand subscribers on her YouTube channel and over 776 thousand followers on Instagram. Back in 2016, she caught a 50-pound flathead. 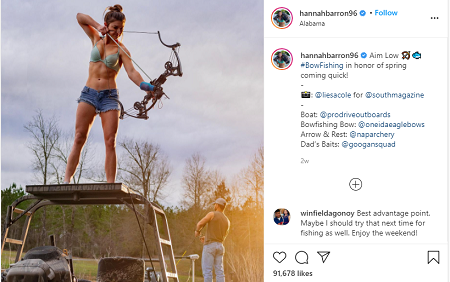 CAPTION: Hannah Barron is a famous American social media influencer who came into the spotlight for her posts related to adventure, hunting, and fishing. SOURCE: Instagram @hannahbarron96

Hannah killed her first deer when she was eight years old. She once hunted a 130-inches deer. She co-hosts an outdoor program on the Luverne-based Hunt Channel. In 2019, she featured in popular country singer Luke Combs' music video titled "Beer Never Broke My Heart".