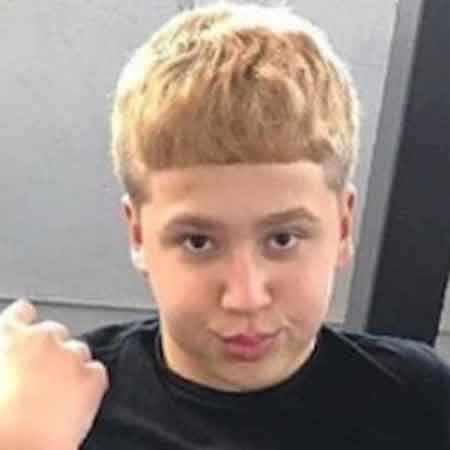 Timmy Thick who initially came to the limelight as “TIMMYTHEBARBIE” gathered huge attention following his several raunchy selfies and provocative videos. He first started posting on Instagram in 2016 and joined Twitter in May 2017. Timmy had become a social media sensation thanks mainly to his sa s sy selfies, twerking videos, outrageous humor, and his unapologetic brand. Details of his age, gender, and sexual orientation have always been the center of the topic, and in addition to that, his controversial statement always keeps him on the media radar.  In 2018, he claimed that he was the result of a Harvard experiment. As of March 2021, he is not as active as he used to be on social media.

Who Is Timmy Thick?

Timmy Thick was born on 21st August 2002 in New York City, in the United States. He was raised in his hometown NYC along with his family. Thick is Leo which defines his personality to be warm and action-oriented. His parents whose identity is yet to be revealed.

Thick spent most of his childhood days growing up in his hometown New York along with his family. He belongs to American nationality and regarding his ethnicity, he is White.

Furthermore, the social media star also has not talked much about his educational background. But, he once announced via his Twitter account that he took a 24-month sociological study program conducted by Harvard University.

Good Evening, "timmythick" was a 24 month sociological study conducted by Harvard University," Timmy (? )announced on Saturday. "We are now complete with our study. Thank you for your time.

But later some media outlets asked Harvard University's sociology department who the hell is Timmy Thick. They never talked about him.

Thick began posting on Instagram in 2016 and has ama s sed a fan following by posting photos of himself looking effeminate, wearing women's clothes, and posing in feminine positions.

After he posted several effeminate photos and twerk videos, he gained a huge fan following, and at the same time, he was also criticized. Many of the YouTubers also roasted him for his pictures and videos.

In 2018, Timmy took a hiatus from social media. On 8th Dec 2019, Timmy posted a video of twerking on his social media.

He said in the video,

“I can’t go nowhere, the mall, the movies, nothing, without a group of five, six females, or [N-words], it don’t matter, coming up to me,”.

He was hugely criticized for using the N-word. As of 2021, the internet personality has over 10.8k followers on his Instagram.

Timmy Thick's estimated net worth is expected to be around $30 thousand. He earns an annual salary of $15 thousand as per some online sources. He is active on Instagram, which he joined in 2016, and Twitter in 2017. He has thousands of followers on both Instagram and Twitter.

Who Is Timmy Thick's Dating?

Timmy Thick is not spotted with anyone and has not introduced anyone as his partner. So, he might be possibly single.  He is often questioned about his gender, age, and sexuality, but, he has not disclosed anything.

Moreover, Thick has not disclosed much information about his family. As per some sources, he is close to Danielle Bregoli better known as ''Cash Me Outside'' Girl.

Timmy is rumored to be gay due to his unusual activities and post on his social media platform. People frequently ask about his gender and once in the reply, he said that he likes to think of himself as a boy.

Claimed To Be A Harward Experiment

Some sources claimed that all his posts are part of a sociology study conducted by Harvard University. Later, Harvard sociology professor, Jason Beckfield confirmed that it was not Harvard's study.

He was surrounded by controversy when he tweeted a post about him being a sociological study conducted by Harvard University.

He was rumored to be a boy in his teens, with some believing he was 18 years old, and questions regularly surfaced about his exact age, gender, and sexual orientation.

Some were shocked by his sometimes explicit jokes, saying Timmy was too young to be making adult jokes—all while wondering exactly how old he was.

"Good Evening, "timmythick" was a 24-month sociological study conducted by Harvard University. We are now complete with our study. Thank you for your time".

The tweet created lots of buzz in media and among his fans. People were actually shocked, devastated, and angry at him. Some of his fans said:

"WE DIDNT DESERVE TIMMYTHICK SO THEY REMOVED HIM FROM THE SIMULATION".

"Timmy Thick not being real and only being a Harvard University study got me question whether anyone online is real or not".

Meanwhile, when asked the Harvard Professor of sociology Jason Beckfield, he said: 'there is no such Harvard study'.