Luke Combs is an American country music singer-songwriter. A Grammy Award-nominated singer-songwriter, Combs has won numerous awards including 3 Billboard Music Awards, He has released 2 studio albums, 4 EPs, and 9 singles -- all of which have peaked at #1 on the Billboard Country charts.

He went on to attend Appalachian State University in Boone, North Carolina. He dropped out during his senior year to move to Nashville, Tennessee to pursue his music career.

Luke Combs started performing gigs at the club where he was a bouncer. His debut album, The Way She Rides EP, was released in February 2014. His second EP, Can I Get an Outlaw, dropped later that year, and his third EP, This One's for You, was released in November 2015. 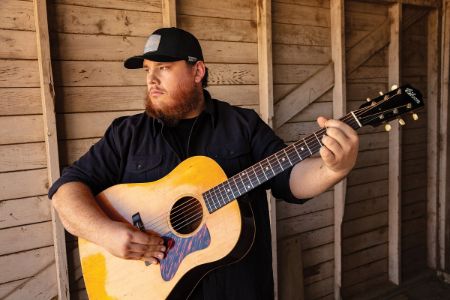 Combs was signed by Sony Music Nashville and re-released his first commercial single, "Hurricane", which went on to become a multi-platinum hit.

He released his studio album, "This One's for You" under Columbia Nashville in June 2017. The album peaked at #1 on the Billboard Top Country Albums chart and at #5 on the US Billboard 200. The album went on to sell 573,900 copies and was certified platinum three times by the RIAA.

His second studio album, "What You See Is What You Get", released on November 8, 2019, was an even greater chart success, peaking at #1 on both the Billboard Top Country Albums chart and the US Billboard 200. The album slightly underperformed in sales, with 320,000 copies, nonetheless being certified platinum by the RIAA.

His singles have enjoyed significant airplay and have been multi-platinum successes, including the singles  "Hurricane", "One Number Away", "When It Rains It Pours", "She Got the Best of Me", "Beer Never Broke My Heart", "Beautiful Crazy", and "Even Though I'm Leaving".

Married since  August 2020 to Nicole Hocking

At the time of this writing, Luke Combs is married to his partner of four years, Nicole Hocking. They started dating in 2016 and got engaged in November 2018. They married on August 1, 2020, in Florida amidst the COVID-19 lockdown. 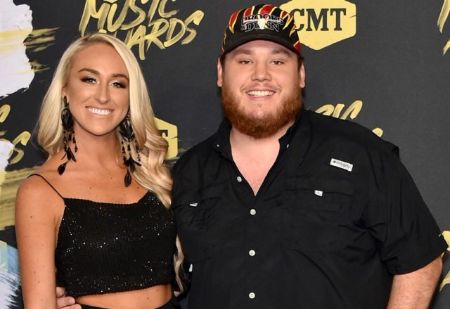 Combs confirmed that a formal wedding ceremony will be held once the pandemic blows over.

As of September 2020, Luke Combs is reported to have a net worth of $5 million. His wealth comes from his career as a country musician. The 30-year-old is a Grammy Award-nominated singer-songwriter behind the platinum hit singles "Hurricane", "One Number Away", "When It Rains It Pours", "She Got the Best of Me", "Beer Never Broke My Heart", "Beautiful Crazy", and "Even Though I'm Leaving".