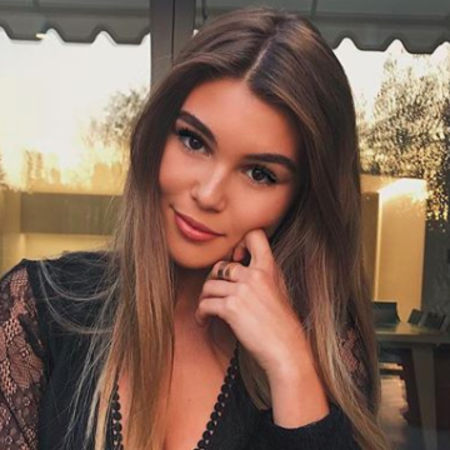 Olivia Jade Giannulli is an American social media influencer- YouTube and Instagram personality. She became a prominent figure on social media for her makeup/vlog channel on YouTube, but her career seemed over when she and her family was hit by a college admissions scandal.

Olivia was born on September 28, 1999, in Los Angeles, California. She was born into a famous family: her mother is the acclaimed actress/model, Lori Loughlin, and her father is the American fashion designer, Mossimo Giannulli.

She has an older sister by the name of Isabella Rose Giannulli. She also has a half-brother, Gianni, from her father’s previous relationship. 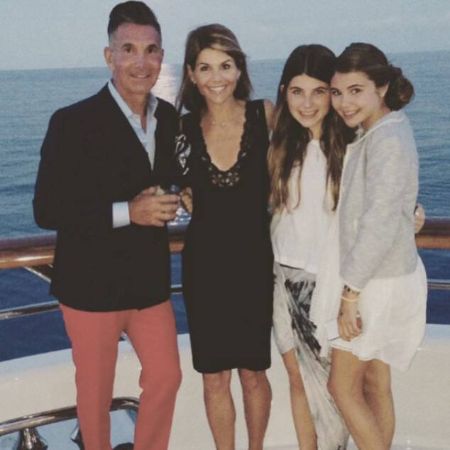 She attended Marymount High School in her hometown and was accepted into the University of Southern California upon her graduation in 2018.

Olivia started a YouTube channel while she was in high school. She posted makeup tutorials, dietary routines, and personal vlogs, and catered to young audiences.

Her accounts on both platforms are highly successful, both with over a million subscribers, and she became an online sensation.

It seemed that she was on the verge of breaking out and even starting her eponymous fashion line until her career was seemingly derailed when her family was hit with a scandal that changed the course of their lives.

In March of 2019, a huge scandal broke regarding the fraudulent admissions procedure some people employed to get their children into top American universities despite a lack of merit. Olivia’s family was one of the many accused.

Olivia’s parents were tried in court for fabricating her and her sister’s resumes with details of their athletic accomplishments in Competitive Rowing when the sisters had never been involved in Rowing of any kind.

Olivia’s father also allegedly paid more than $500,000 in bribes to the university’s coach, Rick Singer to designate the sisters as athletic prospects for the university’s rowing team. This fabrication is what ultimately led to Olivia and her sister’s acceptance into USC.

After the admissions scandal was exposed, Olivia’s family came under heavy rebuttal of the public, and Olivia faced public ridicule. Her modeling contracts with brands like Sephora and TRESemmé were terminated and Olivia’s social media accounts were riddled with vehement contempt.

Following this public humiliation, Olivia disabled comments on her posts, and her future as an influencer was in doubt.

Olivia and her sister were also expelled from USC in October 2019.

Despite the scandal and its aftermath, Olivia is nonetheless, still on social media. However, she rarely posts on either her YouTube channel or her Instagram for fear of public backlash.

Olivia had been in a relationship with singer/songwriter and social media influencer, Jackson Guthy at the time of the scandal. 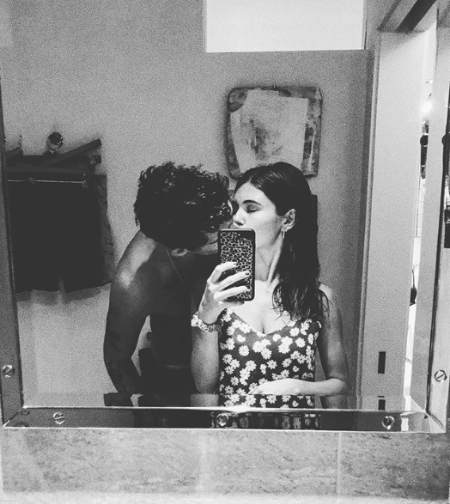 When the scandal hit, and Olivia was the brunt of the public ridicule, she moved out of her parents’ house and stayed with Jackson.

In May, it was announced that the couple had split, amidst the wildfire of scrutiny and derision lampooned at Olivia and her family.

There were speculations about a possible reconciliation between the two following Jackson’s post on Instagram that saw the two involved in a display of affection. However, their relationship is believed to be purely platonic, and Jackson has stepped in just as a friend and supporter.

Olivia is a controversial figure in the online community after the college admissions scandal. Before the scandal, Olivia looked to be on the brink of breaking through, and her social media accounts were on the ascent.

She monetized her Instagram account and thanks to endorsements from such brands as Amazon, and Sephora, among others, she made a lucrative sum of money.

She was able to accumulate a net worth of $1 million courtesy of her short-lived, yet meteoric rise to stardom.

Olivia’s parents are also millionaires in their right. Her father, the acclaimed fashion designer Mossimo is worth $50 million and her mother, the actress, and model Lori is worth $20 million.