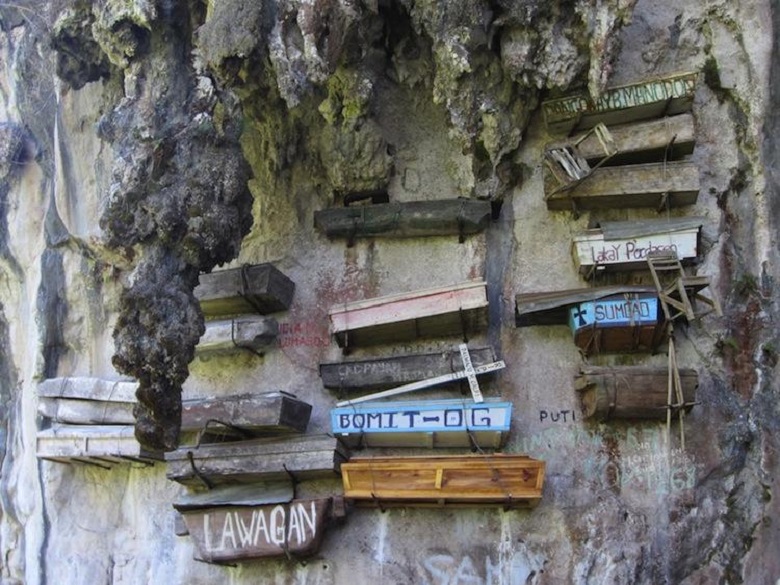 China is not only known for its several world-changing inventions, large population, army, sports, politics and Giant Pandas but also for its rich culture and tradition.

One of the unique traditions in China is Hanging coffin. It is an ancient funeral custom followed by few ethnic groups, mainly the Bo people of southern China.

Bo people are native to southeastern Sichuan who followed this culture where they bury the body of their family members and hang them over the cliffs after the death.

According to them, the tradition will help to prevent bodies to be taken away by beasts and also will bless their soul eternally. Similarly, Bo people believe that the mountain cliffs are a stairway to heaven and by placing the coffins up high their family members will be close to heaven after death.

Hanging coffins which are of various shapes and is usually carved from one whole piece of wood are hung 33 to 164 feet above the ground. Some of the places where you can see hanging coffins are Fujina (Wuyi Mountains), Jiangxi (Longhushan), Hubei (Jiangxi) and Sichuan (Gondxian, Qutang Gorge).

The hanging coffins are also followed in some parts of Philippines (Sagada, Luzon, Mountain Province Island) and Indonesia by Sa'dan Toraja people of upland Sulawesi.