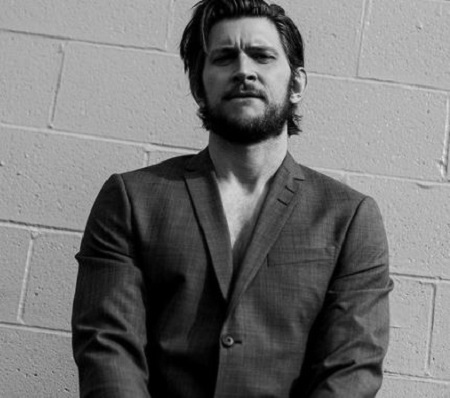 Greyston Holt, a Candian actor is best known for playing Clayton Danvers in the fantasy-horror series Bitten (2014- 16). Professional since 2004, Holt walked on the avenue of limelight through roles in Durham County (2007- 10) and Alcatraz (2012), following guest roles in TV series & TV movies for many years.

Similarly, throughout the career journey, Greyston has worked in many TV films including the Hallmark movies: A Very Country Christmas, A Puppy for Christmas, The Christmas Secret, and All of My Heart.

Holt was born Greyston Stefancsik on September 30, 1985,  in Calgary, Alberta, Canada. Greyston's father Mike reportedly worked in a store called Windsor Plywood, while his mother Nancy is a homemaker. He grew up in  Salt Spring Island, British Columbia, and completed his high school education there.

His paternal grandparents Mike and Edith Stefancsik were immigrants from Hungary; they came to Lethbridge in 1957. Moreover, Greytston's maternal grandmother Anna Horvath also immigrated from Hungarian in 1927.

How Did Greyston Holt Land In Acting?

Fond of playing guitar since the age of 13, Holt formed & performed with bands during his high school days. Moreover, by 19, he started at a hardcore metal band before being fascinated with acting. Greyston, then moved to Vancouver to pursue a career in acting.

As per IMBD, the American-Canadian filmmaker David DeCoteau discovered him at a model/talent convention in Vancouver Canada. Already with an on-screen debut through the video The Sisterhood (2004), the actor saw approach from TV movie Killer Bash (2005) and A Girl Like Me: The Gwen Araujo Stor (2006).

But, it was in 2007, when he was cast in a guest role Tobias Rice in the TV series Smallville (2007) that gained him fan attention. The same year, Greyston Holt made further guest appearances in TV Flash Gordon: A Modern Space Opera, The 4400, and Blood Ties (2007).

The Alberta native then worked in the TV series Cedar Cove (2013) and Supernatural (2014) before big career breakthrough as Clayton Danvers in the Space series Bitten (until 16, 33 episodes) starring Laura Vandervoort, Greg Bryk, Steve Lund, and Paul Greene. The latter series earned him a nomination for the 2008 Leo Award and 2015 Golden Maple Award. 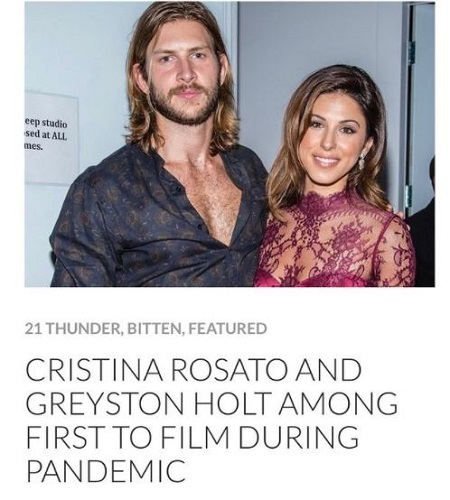 In 2020, Holt starred in the guest role in the TV series 50 States of Fright and The Wedding Planners. Similarly, in 2021, the Alcatraz star appeared in the Television film A Wedding to Remember and one of the guest stars on Netflix hit Riverdale for four episodes.

What Is He Doing Now?

The IMDb reports that Grayston is currently working on his upcoming TV films. He will star as Max in Cross Country Christmas (2020) set to release on December 12, 2020. His another project For Better or Worse starrng Cristina Rosato, Rebecca Olson and Matt Hamilton is currently under-post production.

Greyston Holt turned professional since 2004, records 55 acting credits, and owns a net worth of $3 million in 2021. Throughout his acting career of over 16 years, the Canadian actor notably worked in 7 Hallmark films as well as in TV series: Durham County, Alcatraz, Cedar Cove, Bitten, Chesapeake Shores, and Batwoman.

For sure, Holt's stunning career does earn him a hefty payroll, likely to be in the 6-digit figure annually.

Who Is Greyston Holt Currently Dating?

The Bitten actor is currently in a relationship with his longtime girlfriend Cristina Rosato. Rosato is an American actress famous for her acting prominence in Let the Game Begin (2010) and accompanying Holt in the Hallmark films. Greyston is low-key about their dating story but is not shy about displaying his affection to Cristina.

The duo often mentions each other on the social media platform Instagram. Probably, they are dating for a long time but are yet to get officially engaged. Furthermore, Holt and Rosato have not revealed any plans for a wedding at the moment. 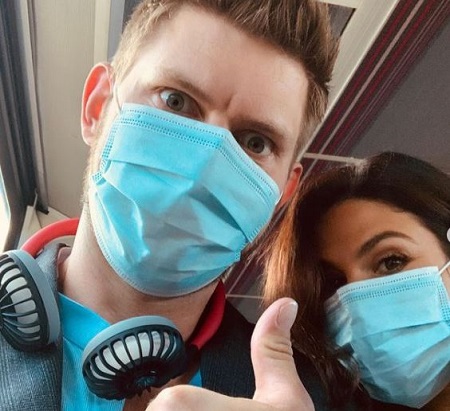 An avid user of Instagram (@greystonholt), the Candian actor has over 46.4K followers & regularly updates about his personal life. No report on his past relationship or ex-girlfriend ever made highlights. He is also an active Twitter user with over 23.3K followers in 2020.