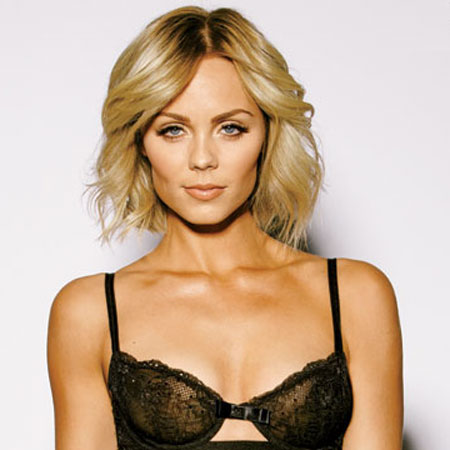 Laura Dianne Vandervoort is an actor, writer, and producer, acknowledged for her roles as Kara Zor-El in the CWTV series Smallville. She has made her remarkable performances in many other series such as Sadie Harrison in Instant Star, Arla Cogan in the Syfy supernatural drama, Haven and Lisa in the ABC science fiction series, V.

She starred as Elena Michaels the Space drama series Bitten, a TV adaptation of Kelley Armstrong's book series Women of the Otherworld, in 2014.

Laura Dianne Vandervoort was born on September 22, 1984, in Toronto, Ontario, Canada. She is a Canadian by nationality who belongs to the white ethnicity. Her father is a Dutch and her mother is a Canadian.

Born and grew up in Toronto, Laura suffered from severe sickness during her early childhood. She contracted meningitis at only six weeks of age and was hospitalized for weeks. She fought through the illness as a child but never stopped fighting for what she believes in.

Laura attended York University, where she studied Psychology and English majors. She was active in several sports such as football, karate, basketball, tennis, gymnastics, and baseball. She is a second-degree black belt holder in karate.

Laura Dianne Vandervoort made her career debut at the age of 13. She has taken several cla s ses and has done background works on Canadian shows such as Road to Avonlea and Harriet the Spy.

Laura has done many commercials and guest starring roles during her career. Some of the remarkable performances as a guest and commercials include Mutant X, Prom Queen: The Marc Hall Story, Goosebumps, Twice in a Lifetime, Doc, Sue Thomas: F.B.Eye, Troubled Waters, and The Dresden Files, during her time at the university.

Laura has made several TV appearances in her career. She has appeared in a crime drama series, CSI: Crime Scene Investigation. This series led her to the role of Kara Zor-El on the CWTV series, Smallville. She was regular in season 7 and made her appearance in the Bloodline for season 8. She returned in the 10th and final season of Smallville where she played along with Kristin Kreuk, Allison-Mack etc.

Laura cast in the sequel to the feature film Into the Blue titled Into the Blue 2: The Reef. She portrayed as Lisa, an extraterrestrial visitor, in ABC science fiction series V. She appeared as Jessie Machalan in the two-part miniseries, Riverworld in 2010.

Laura played a role as Hailey in the thriller movie, The Entitled in 2011. She posed as a part of the "Exotic Skins" campaign for PETA in October 2011. She appeared nude for an ad that protested against the keeping of marine mammals in captivity.

Laura Vandervoort's net worth is $2 million at present. She has good earning from her work that maintained a wonderful net worth.

She has an amazing height of 5 feet 6 inches weighing 117 pounds. Her hair color is blonde and eye color is blue. She is sexually straight with a perfect body measurement of 35-25-35.

Laura, a beautiful and gorgeous actor has reached the age of 32 now. Her birth sign is Virgo. She currently resides in Los Angeles, California. Her favorite color is blue, favorite fruit is Pineapple and cites her favorite band as Collective Soul and Goo Goo Dolls.

Talking about her relationship status, she is not married yet. She previously dated her boyfriend Corey Sevier, whom she met in the 3rd season of Instant Star. They were engaged in August 2010. The couple broke off after having an affair for several of years.

Laura then met Michael Rosenbaum on the set of Smallville in 2007. The couple started dating in October 2012 and stayed in a relationship for over one year.

Soon after, Laura started having an affair with Oliver Trevena, who is an actor and host. The couple was engaged in February 2014. They broke off their engagement after one year of the relationship.