Greg Wise is an English actor and producer who got fame for his role in a 1995 movie Sense and Sensibility in which the actor shared the screen along with his future wife Emma Thompson. The couple is now blessed with one child too. Greg is also notable for his work in Johnny English and Walking On Sunshine.

Matthew Gregory Wise was born on 15th May 1966, in Newcastle upon Tyne, England. He belongs to Caucasian ethnicity and holds English nationality.

He is the son of  Dougla s s Wise (father) and Yvonne Jeannine Czeiler (mother). His parents both worked as an architect. He also has a sister named Clare Wise.

He graduated from St Peter's School in York. He later went on to study architecture at Heriot-Watt University. At that time, he also joined the Edinburgh University Theatre Company. He is a well-read person. He then moved to Glasgow and studied drama at the Royal Scottish Academy of Music and Drama.

As of 2019, Greg Wise has $1.3 million net worth. He mostly collects money form his professions like producer and actor. On the other hand, his wife Thompson has an estimated net worth of $50 million.

The actor appeared in many commercially successful movies like Sense and Sensibility that collected $135 million at the box office worldwide whereas its producing cost was $16 million.

Greg Wise and his wife Emma owns a house in London which worth is around £4 million ($5.17 million).

Greg Wise first appeared in the television movie A Masculine Ending in 1992. He made his silver-screen debut with a role in a movie Feast of July in 1995. The same year, the actor appeared along with Kate Winslet, Alan Rickman, and Hugh Grant in Sense and Sensibility. His performance in a box office hit movie also brought him critical acclaim.

He also shared a screen along with Rowan Atkinson, Ben Miller and John Malkovich in a 2003 spy movie Johnny English. He landed his first job as a producer in the 2010 television movie The Song of Lunch. 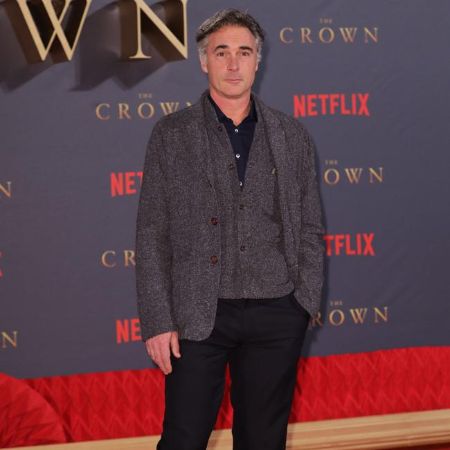 Greg Wise at the premiere of The Crown SOURCE: Getty Image

Moreover, Greg featured in many television series including Homefront, Modus and The Crown. In 2019, he worked as a writer in the movie Last Christmas. His future project is After Louise and The Echo of Being which is scheduled to be released in 2020.

Greg Wise married an actress Emma Thompson on 29th July 2003. The couple first met while they were working together in the set of Sense & Sensibility, in 1995.

The couple has been together since then and sharing a loving relationship with no rumors of divorce. They also belong to the same fraternity which obviously plays a vital role in their personal life too. 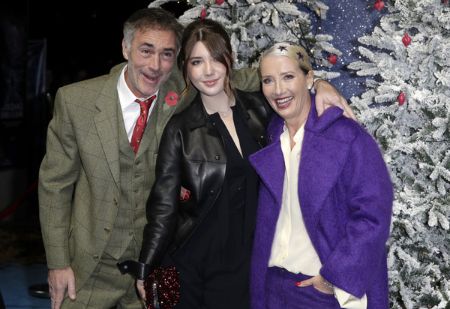 The couple welcomed their first child daughter Gaia Romilly Wise in December 1999. The couple adopted a child, a son named Tindyebwa Agaba Wisein when he was 16.