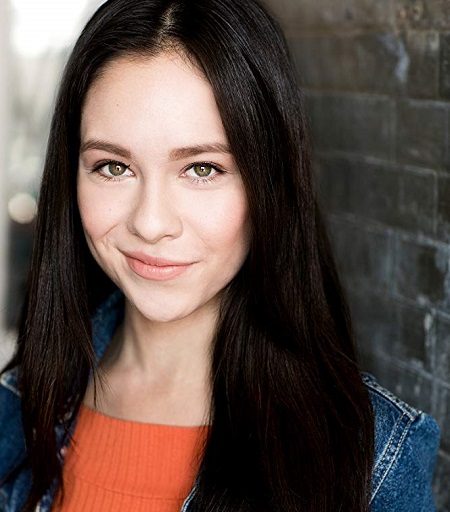 Grace Rolek is an American actress, singer, and voice actress who started her professional career in 2004. She is famous for voicing on Steven Universe, Happiness Is a Warm Blanket, Charlie Brown, Special Agent Oso, Handy Manny, among others.

Grace’s full name is Grace Sakura Rolek. She was born on 10th October 1997, in Burbank, California, in the United States of America. As of 2020, her age is 23. Her nationality is American whereas ethnicity mixed; African-American, Polish, Italian, and Japanese.

Grace started her professional career appearing as Sara in the television series George Lopez. The same year, she appeared in the short movie, U.S. Air Marshals.

In 2004, Grace also started her voicing career from the movie Mulan 2. The following year, she voiced for movies like Tarzan II, Nausicaa of the Valley of the Wind, Final Fantasy VII: Advent Children, and Kronk’s New Groove.

To date, she has starred in the movies like The Killer, Chloe So Wildly, and Mailboxes. She even is the writer and director of the short movie Mailboxes.

Regarding her voicing career, she has voiced for television series and movies like Handy Manny, Special Agent Oso, Steven Universe, Steven Universe Future, Meet the Robinsons, Horton Hears a Who!, Kung Fu Panda: Secrets of the Furious Five, An American Girl: Chrissa Stands Strong, Happiness Is a Warm Blanket, Charlie Brown, Steven Universe: The Movie, among others.

Grace’s video game roles include in Guild Wars 2 as Helena, Steven Universe: Save the Light as Connie Maheswaran, and Fallout 76 as Julie.

The exact figure of Grace Rolek’s net worth is still missing. She is definitely earning a high figure of money from her professional career as an actress, voice actress, writer, and director.

According to some sources, Grace Rolek’s net worth is around $600 thousand in 2020. The average salary of a voice actor is between $15 thousand to $200 thousand per annum; she might be earning in the same range.

While talking about Grace Rolek’s current relationship status, the talented voice actress is already taken. While surfing around her Instagram, we came to know that she is currently dating boyfriend Shae. 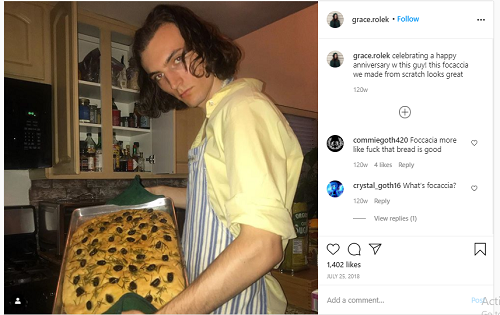 Back on 25th July 2018, Grace posted a picture of her partner claiming the day as their anniversary. It seems like it has already been around three or four years since they began dating.