Kathleen Herles is an American voice actress widely known for providing his voice for Dora on the Nickelodeon cartoon series, Dora the Explorer and Go, Diego, Go!.

Herles, who was previously in relationships with actor Dylan Sprouse and voice actor Harrison Chad, is currently single.

Parents Are From Lima, Peru

Kathleen Herles was born on November 13, 1990, in Queens, New York, the United States of America, to parents Julio Herles and Noemi Herles.

Her parents are from Lima, Peru. She was raised along with her brother Christopher Herles. She is of American nationality and belongs to white ethnicity.

As for her educational background, Herles studied at Deer Park High School from where she completed her graduation in 2008. She later attended Pace University from where she graduated in 2012.

Talent manager Shirley Grant of Shirley Grant Management discovered Kathleen Herles at a talent and modeling convention; she was only 4 years old at the time.

While in Deer Park High School, she appeared in school productions of The Wiz and Footloose. Most famously, Herles has provided the voice of Dora on Nickelodeon cartoon series, Dora the Explorer and Go, Diego, Go!.

In 2008, she stopped doing the voice over for Dora the Explorer. She was replaced by Caitlin Sanchez for the voice of Dora.

On September 18, 2009, she again provided her voice for Dora in Diego's Great Polar Bear Rescue.

Being one of the successful voice actresses, Kathleen Herles has earned a huge amount of money from her voice over career. She earned most of her money while working on Dora the Explorer.

According to the Celebrity Net Worth website, Herles has an estimated net worth of $3 million. As for her salary, the 29-year-old voice actress earns $150 thousand annually, according to the Art Career Project website.

Moving towards the personal life of Kathleen Herles, the 29-year-old voice-over star seems to be single at present.

However, Herles was previously in a relationship with Harrison Chad who is also a voice actor. Chad provided his voice for Boots in Dora the Explorer. 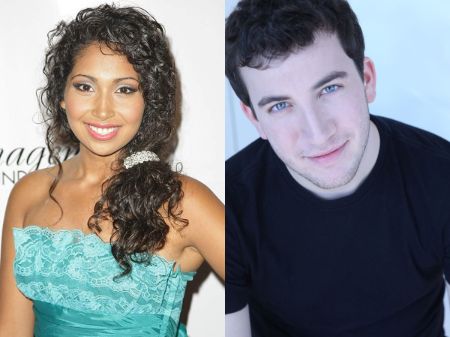 She previously also had an affair with an American actor, Dylan Sprouse, who has appeared in The Suite Life of Zack & Cody.