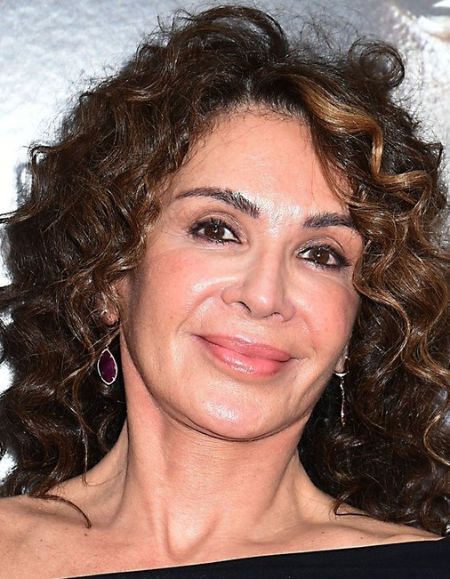 Giannina Facio is a Costa Rican-born actress and producer and the significant half of British filmmaker Sir Ridley Scott. She has appeared in movies like Gladiator, Hannibal, Black Hawk Down, Matchstick Men, Kingdom of Heaven, Body of Lies, Robin Hood, Prometheus, and Exodus: Gods and Kings.

Third Wife Of Ridel Scott- When Did They Marry? Any Children?

Reportedly, Giannina and Ridley began dating in 2000 but exchanged vows only after 15 years of relationship; they married in June 2015. 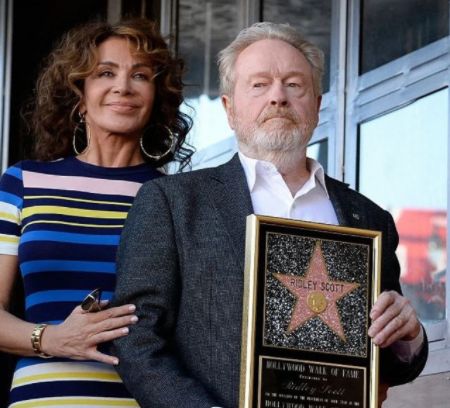 Other the other, her spouse Ridley Scott is the father of three from previous two marriages. Firstly, the  Prometheus director/producer was in a marital relationship with Felicity Heywood. They married on March 2, 1964, but divorced on December 15, 1975.

While together, the two welcomed two sons: Jake and Luke Scott- both of them work as film directors.

Acting Career Since The 1980s- How Much Is Net Worth of Giannina Facio?

Even though online sources claim that Facio has an estimated net worth of $20 million as of 2022, but being the wife of a multi-millionaire accounts for her riches way more probably. According to Celebrity Net Worth, her filmmaker husband Ridley Scott owns $400 million net worth as of 2022.

Scott made a hefty sum as a director & producer of many box-office blockbusters- Giannina has made a brief appearance in almost all his films. Moreover, the British film director & producer owns a production company Ridley Scott Associates which makes $100 million a year in revenue.

Giannina Facio made her on-screen debut as Lola in the 1984 action-thriller feature film Poppers. She has appeared in all but three movies (namely American Gangster, The Martian, and Alien: Covenant) directed by Ridley Scott.

The movies include White Squall, G.I. Jane, Gladiator, Hannibal, Black Hawk Down, Matchstick Men, Kingdom of Heaven, A Good Year, Body of Lies, Robin Hood, Prometheus, The Counselor, Exodus: Gods and Kings, and All the Money in the World.

In addition to being an actress, Facio is also a producer and produced movies like Matchstick Men, Tristan & Isolde, Concussion, and Mark Felt: The Man Who Brought Down the White House.

Moreover, with her husband Ridley Scott, she co-produced the film House of Gucci (2021) co-starring Lady Gaga, Adam Driver & Jared Leto. It made $156.7 million in the box office over the budget of $75 million.

How Old is Giannina Facio?

Giannina Facio has been married since June 2015 to the British filmmaker Sir Ridley Scott, the visionary behind such movies as Alien, Blade Runner, Thelma & Louise, Gladiator, Black Hawk Down, and The Martian.

Who Are Giannina Facio's Parents?

What is Giannina Facio Known For?

Giannina Facio is an actress and producer. As an actress, she is known for her appearances in movies like  Gladiator, Hannibal, Black Hawk Down, Matchstick Men, Kingdom of Heaven, Body of Lies, Robin Hood, Prometheus, and Exodus: Gods and Kings.

How Much is Giannina Facio Worth in 2022?

According to celebritynetworth.com, Giannina Facio has a net worth of $20 million as of 2022.