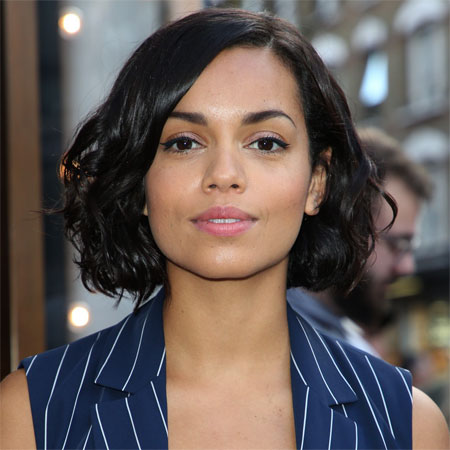 BAFTA Award-winning British actress, Georgina Campbell is well recognized for her roles in One Night and Murder by My Boyfriend. Campbell made her TV debut in 2009 from the TV series Freak and made her movie debut in 2012 from the Belgian-French drama film, One Night.She is the first black actress in the history to win the Best Actress Award at the British Academy Television Award.

Campbell also worked in short movies like The Ministry of Stories Anthology of Horror and Canned. As of 2018, she is working in the TV series Krypton.

Georgina Campbell was born on 12th June 1992 in Maidstone, Kent under the birth sign Gemini. Campbell is British as per nationality and ethnicity wise, she is Mixed (Jamaican and White descent).

Her biological father works in law enforcement and her mother was a social and health care teacher. After her parents divorced, her mother remarried a bookbinder. She has two siblings, Sarah and Ellie.

Campbell attended the Royal Holloway University of London. When she was young, she wanted to be an air-hostess.

Georgina Campbell made her TV debut in 2009 from the teen drama series, Freak. In 2010, Campbell acted in medical drama series, Casualty with Derek Thompson, Amanda Mealing, Tony Marshall and George Ransford among others.

In 2014 Campbell worked in BBC Three’s drama series, Murdered by My Boyfriend with Royce Pierreson, Kate Hardie, and Simona Brown. For her performance in the series, she won a BAFTA Award. In 2017, she worked as Amy in the Black Mirror with Hannah John-Kamen, Jon Hamm, Hayley Atwell and Toby Kebbell among others. 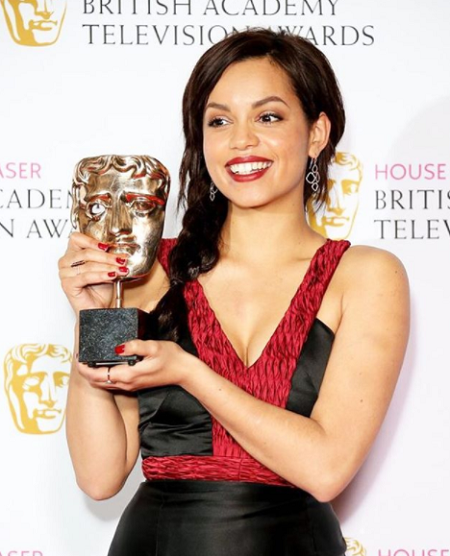 Her other works include Ice Cream Girls, Doctors, After Hours, The Ark, One of Us and Flowers. As of 2018, she appeared in the TV series Krypton starring Ian McElhinney, Rasmus Hardiker, Elliot Cowan and Cameron Cuffe among others.

Campbell made movie debut in 2012 from Belgian-French film, One Night which is also known as 38 Witnesses. She shared the screen with Isabelle Fuhrman, Anna Camp, Justin Chatwin and Kyle Allen among few stars in the movie.

In  2017, she worked in two short movies, The Ministry of Stories Anthology of Horror & Canned and a fantasy movie, King Arthur: Legend of the Sword.

Georgina Campbell has an estimated net worth of million dollars as per some sources, however, the amount is still under review. Campbell’s 2017 epic fantasy film, King Arthur: Legend of the Sword collected $148.7 million at the box office, made with the budget of $175 million. IMDB rated the movie 6.8 stars out of 10.

Campbell shared the screen in the movie with Astrid Berges-Frisbey, Charlie Hunnman, Jude Law, David Beckham and Eric Bana among others.

Georgina Campbell, the talented and beautiful actress, is yet to be married. Campbell has not introduced anyone as her boyfriend and is possibly single in the present days.

Campbell is a supporter of the Labour party. She even tweeted supporting the party,

‘’ I think I'm more gutted that Katie Hopkins won't be f***ing off out of the UK than the impending end of the NHS. Good morning Britain.’’

She is the spokesperson of BAME (Black, Asian and Minority Ethnic) actors and actresses.