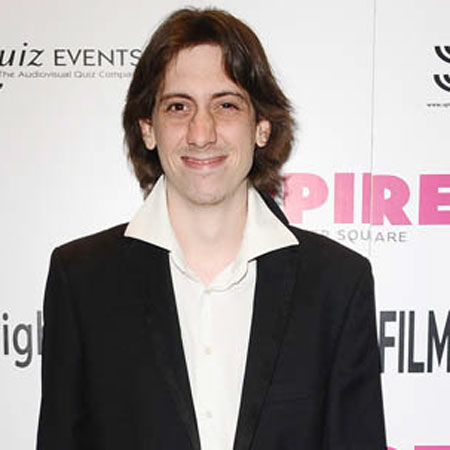 British actor, Rasmus Hardiker is popularly known for his role Steve Coogan in the sitcom, Saxondale. He is also popular for his roles in Lead Balloon, The Wrong Door, and Thomas & Friends. Hardiker made his TV debut in 2005 from the TV series The Rotters’ Club and subsequently, made his debut in the movie from Starter for 10.

Hardiker also voiced Philip in Thomas & Friends: The Great race and Journey Beyond Sodor. As of 2018, he is working in the TV series, Krypton.

Rasmus Hardiker was born on 31st January 1985 in Birmingham, England. Hardiker is British by nationality and is of Danish descent. His first name is a common name of his mother’s native country, Denmark.

Hardiker was a student at Arthur Terry School in Sutton Coldfield but later left with an A level in drama.

Rasmus Hardiker made his movie debut in 2006 from comedy-drama film, Starter for 10 directed by Tom Vaughan. The following year, Hardiker worked in Magicians with David Mitchell, Robert Webb, Jessica Hynes and Miranda Hart among others.

He then worked in several movies, such as Faintheart, Your Highness, Capture the Flag, and Peter & Wendy among others. He also voiced Philip in The Thomas & Friends: The Great Race (2016) and Journey Beyond Sodor among others.

Hardiker made his TV debut in 2005 as Philip Chase in the TV series, The Rotters’Club. The same year, he worked in several series like Afterlife, Shakespeare-Told: Much Ado About Nothing, The Bill, and Funland among others.

In 2006, he acted in medical soap opera, Doctors with Elisabeth Dermot Walsh, Adrian Lewis Morgan, Lorna Laidlaw and Owen Brenman among others. He then appeared in The Lift, New Tricks, Micro Men, Groove High, Black Mirror, and Danger Mouse.

Particularly, Hardiker is popular for his role in:

As of 2018, he appeared in TV series, Krypton with Georgina Campbell, Ian McElhinney, Elliot Cowan, Cameron Cuffe and Wallis Day.

Rasmus Hardiker has an estimated six-figure net worth as per some online sources, but, the amount is still under review. Hardiker’s 2015 movie, Capture the Flag earned $16.66 million at the box office, made with the budget of $12.5 million. IMDB rated the movie, 5.9 stars out of 10.

As per some source, a TV star averagely earns a salary between $75k to $200k.

Rasmus Hardiker is confidential when it comes to his personal life. As per the limited information about his dating life, he is possibly single in the present days.

Currently, he is more focused on his career and busy shooting for the 2018 series Krypton.