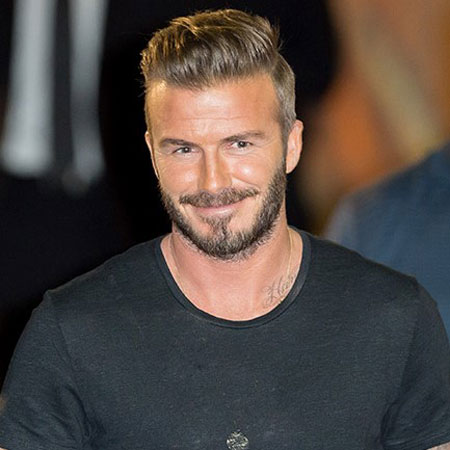 Beckham has won a number of trophies throughout his career as one of the world’s foremost midfielders of his time and his most important achievement is that he played a vital role in Manchester United’s run to win the treble in 1998-99.

David Beckham was born as David Robert Joseph Beckham on 2, May 1975, in the Leytonstone area of London, England. She belongs to Caucasian ethnicity and holds English nationality.

Beckham is the son of David Edward Alan Beckham who worked as a kitchen fitter and Sandra Georgina who was a hairdresser. He was the 2nd among three children in the family; the other two were daughters.

David Beckham studied at Chase Lane Primary School as a child and then went to study at the Chingford County High School.

However, throughout his childhood, Beckham was more interested in football and used to play for a local team known as Ridgeway Rovers.

David Beckham became a part of the legendary ‘Class of 92’ youth players at Manchester United as he helped the club win the FA Youth Cup.

In 1992 Beckham made his debut for the senior team and in the January of the following year, he signed his first professional contract with Manchester United.

After a season on loan at Preston North End, he returned to Manchester United and slotted into the side as the right-sided attacking midfielder in 1995.

The next year he helped Manchester United in the Premier League and FA Cup double as manager Sir Alex Ferguson’s faith in the youth players paid off. He also made his international debut for England the same year.

Beckham became an integral part of the Manchester United side of the mid to late 1990s that dominated English football and in 1999 he helped the team win ‘the treble’ (the Premier League, the FA CUP, and the UEFA Champions League).

Beckham is a married man. He is married to English businesswoman, fashion designer, model, and singer Victoria Adams. They tied their knot on 4th July 1999 at Luttrellstown Castle in Ireland. The couple blessed with four children: three sons and one daughter.

The former English football star played for several big clubs in his professional career and made good earnings during that time. His successful career has gathered him the net worth of $450 million.

David Beckham receives a huge amount from clothing retailer H&M as a part of an endorsement deal. Besides, he is also hired to endorse Breitling watches and Haig Club whiskey and has good earnings from those company. The Beckham couple earned $26.18 million from their businesses in the past 2 years.

Some of his other deals are with Sainsbury’s Armani, Gillette, Adidas Predator boots and much more. Beckham and his wife Victoria own several properties and houses. They own a $31.5 million worth mansion in west London. They were also planning to buy a $160 million house in Los Angeles. He is 6 feet in height.