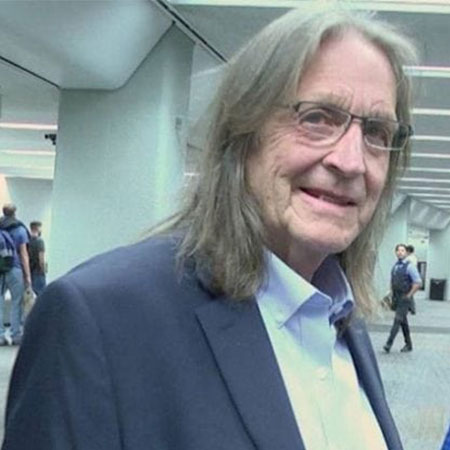 George Jung is a former drug trafficker who is also the co-founder of Medellín Cartel. The drug cartel was the supplier of 85% of the cocaine in the United States of America and operated throughout the 1970s and 1980s.

He also worked with the world’s greatest drug trafficker Pablo Escobar. A movie Blow was also released based on his biography, in which, his character was portrayed by Johnny Depp.

George Jung was born on 6th August 1942 as George Jacob Jung in Boston, Massachusetts. He was born under the birth sign Leo which described his personality to be dramatic, creative, self-confident, dominant, and extremely difficult to resist. George holds American Nationality and belongs to the white ethnicity.

His parents: father Frederick Jung and mother Ermine Jung admitted him to Weymouth High school. Then George attended the University of Southern Mississippi for a bachelor's in advertising. He didn’t finish his bachelor’s degree as he was involved in consuming and trading marijuana.

He was not that good at studies, however, he was a football champion, and his friends used to call him “A natural Leader”.

George Jung started selling and using drugs when he was studying at college. At first, he used to sell drugs to his friends. In the year 1967, George collaborated with his college friend Philip Saddler to smuggle cannabis from California to New England.

In order to expand his empire, he started transporting drugs in stolen planes from Puerto Vallarta, Mexico. George and his partner soon began earning about $250,000 per month.

George was arrested in the year 1974 for smuggling 660 pounds of marijuana to California. His lawyer made immense arguments with the judge who later reduced George’s punishment and he was sent to Danbury, Connecticut’s Federal prison. In the prison, he met Lehder Rivas who was also his cellmate. Rivas introduced George to the international drug trafficking in Medellin Cartel.

After their release in the year 1975, they two merged up and started thousands of pounds of cocaine trafficking from Pablo Escobar’s Colombian ranch to the US and California. They used the contacts and connections of George Jung for trafficking cocaine. George soon began earning huge profits and gathered millions of dollars.

Jung was again arrested in the year 1987 at his mansion on Nauset Beach, however, he was able to take a quick bail. He again started his drug trafficking business with his old friend but was arrested with 1,754 pounds of cocaine in Topeka, Kansan as he was betrayed by his friend.

He was sentenced to 60 years of imprisonment but the punishment was reduced and he was released on 27th November 2014. George was again arrested for violating parole on 6th December 2016, meanwhile, he was again released on 3rd July 2017.

George Jung is a former America's most powerful drug dealer who is responsible for 85% of the drugs supplied in the USA during the 1970s and 1980s. When he was in the early stage of drug trafficking, he earned $250,000 per month. He was involved in many drug dealings and smuggling and earned $15 million per run.

Jung also owns a mansion in Massachusetts, USA, however, the details about his mansion are not revealed in the media. Currently, he owns a total net worth of $100 million by the year 2022.

George Jung met the love of his life, Mirtha Jung, at Columbia through his contact with cocaine. The couple dated for some years and married in the year 1977. Only after a year in 1978, did they give birth to their beautiful daughter Kristina Sunshine Jung.

Mirtha was highly addicted to drugs and did not stop using drugs even when she was pregnant with Kristina. Mirtha’s huge use of drugs resulted in the bad health of both mother and daughter. This made George unhappy because of which the couple was separated in the year 1984.

Mirtha was imprisoned for 20 years. Her divorce from George and her imprisonment persuaded her to left the usage of the drugs. Mirtha’s high level of patience, and her desire to be away from drugs paid well, and she is currently living drug-free life for 37 years.

In the year 2001, the movie “Blow” was released which is based on the real-life of George Jung. George’s character was portrayed by the famous actor Johnny Depp in the movie and Martha Jung was played by the Spanish actress Penelope Cruz.

Their daughter Kristina Jung is an author and poet. As George and his wife Martha separated a long time ago, he was not able to speak with his daughter. However, after his release from prison, the father-daughter duo is together sharing their long-term family bonding.

After the divorce, George married Ronda Clay Spinello, and the couple shares a daughter together named  Clara Pearson. Meanwhile, Mirtha is still single and when asked about her relationship status, she said: "I have truly loved one person in life and haven’t been able to get over that and find the same vibe for anyone else”.