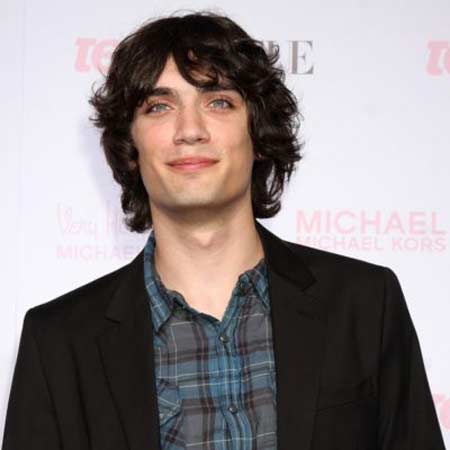 George Finn is the talented Georgian actor who is well known for his roles in the movies like LOL, Time Lapse and Tbilisi, I Love You. He made his first TV appearance in 2004’s TV series, Unfabulous. Some of his other TV series include Lincoln Height, 90201, Cold Case and Mentalist. As of 2018, he is working on the upcoming movie, The Short Happy Life of Butch Livingston.

George Finn was born Giorgi Agiashvili on 21st January 1990 in Tbilisi, Georgia. Finn is Aquarius which defines his personality to be Truthfulness and Affectionate. He holds both American and Georgian nationality, and as far as his ethnicity is concerned, he is Germanic. His parents were involved in the film industry.

When Finn was young, he along with his family moved to Los Angeles, California. At the age of 12, he appeared in a commercial for the Volkswagen automotive brand.

George Finn made his TV debut as Julian in Unfabulous. The series starred Emma Roberts, Malese Jow, Jordan Calloway and Tadhg Kelly. He was a s sociated in the series from 2004-2007. In 2009, he appeared in three series, Paparazzi, Lincoln Heights and 90210.

In 2014, he appeared as Wes Baxter in the police procedural comedy TV series, The Mentalist with Simon Baker, Robin Tunney, Amanda Righetti and Tim Kang.

Finn made his movie debut in 2009 in The Harsh Life of Veronica Lambert. The movie starred Elena Satine, Ahna O’Reilly, Ricki Noel Lander and Ed O’Ross. He then worked in A Green Story, Love’s Routine, Time Lapse and The Short Happy Life of Butch Livingston. Particularly, he is famous for:

When Finn was offered the movie, Time Lapse, he fell in love with the character only after reading the script because he had not played anyone so outing before.

CAPTION: George Finn in one of the scenes of Time Lapse. SOURCE: Pinterest

George Finn has an estimated net worth of $1 million as per some online sources, but, the amount is still under review. Finn makes money from his acting career.

George Finn is a fun loving guy and loves to hang out with friends. Regarding his love life, he prefers to keep it far from the limelight. He wishes to lay low when it comes to his dating life and relationship. With the limited information he has shared about his love life, it can be a s sumed that he might be single in the current days.

Here is the video where George Finn talks about his career: