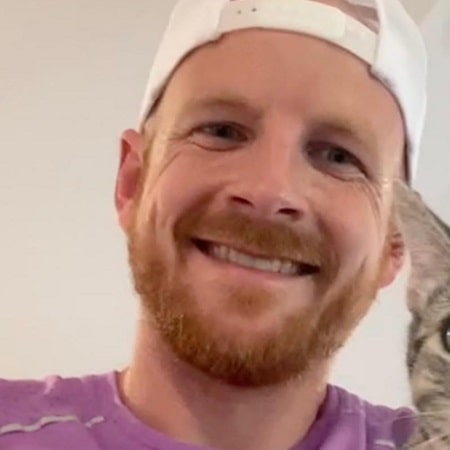 Garrett Hilbert is a well-known American YouTube Star. He gained huge popularity as the co-creator of the YouTube channel Dude Perfect along with four other members. The Channel has 57.4 million subscribers and has more than 2 billion views on videos. Their Channel is the second most subscribed sports channel and the 12 most subscribed channels on YouTube. Moreover, they even hold many Guinness Book world records.

Graduated From The University of Texas

Garrett Hilbert was born on 13th May 1987 in Plano, Texas, United States. The 34 years old YouTuber holds American nationality and belongs to the white ethnicity.

He graduated from Texas A&M University with a Bachelor of Environmental Design Architecture. He met his future partner at the same university. Later he completed his Master's in Architecture from the University of Texas at Arlington.

Being The Co-Founder Of Dude Perfect

Garrett Hilbert and his friends Cory Cotton, Coby Cotton, Cody Jones, and Tyler Toney created a YouTube Channel, Dude Perfect, on 17th March 2009. They uploaded their first video called Backyard Edition, and within a week, the video had 200,000 views. 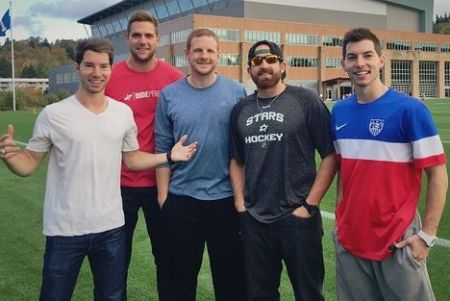 Garrett Hilbert along with Co-Creator of Dude Perfect SOURCE: Instagram

Garrett's Channel grabbed the viewer's attention from its video content and comedy timing. With huge popularity and fan following, they launched their mobile gaming app Dude Perfect in 2011. After that, Dude Perfect 2, Endless Ducker, and That's Lit were released.

The Dude Perfect team also holds many Guinness Book World Records, including the longest basketball shot from 533 feet. As of now, his Channel has 57.4 million subscribers and has overall more than 2 billion views on their Channel Dude Perfect.

Dude Perfect Has a $30 Million Net Worth

The major portion of their income is generated from the Channel itself. Some online sources described their Channel estimated earning is around $239.9K to $3.8M a year, and the Channel's monthly earnings are around $20K to $319.9K.

Garrett Hilbert is a married man and has three children. He tied the knot with Kristin Hilbert on 28th May 2011. The couple has been together since then and enjoyed almost a decade-long marital life.

Her wife is a daily life blogger who often numerous pictures and videos of their family life and daily life activities on Instagram. She has a brother whose identity is yet to be revealed. She actually came into the spotlight for tying the knot with Garrett. 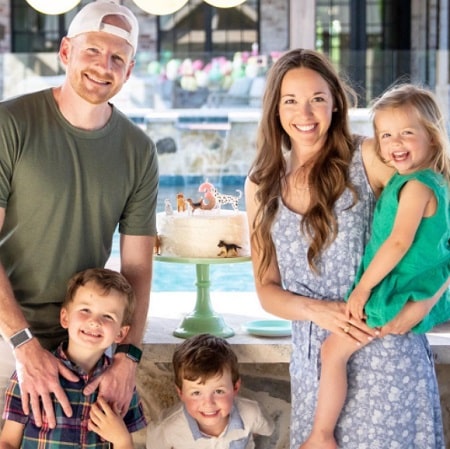 Garrett and his wife welcomed their first kid Owen Ray Hilbert on 8th February 2015. Then they were blessed with a second son Lincoln James Hilbert in 2016. Garrett became the father of a daughter, Kristin Hilbert, on 14th April 2018.

The couple has been living a blissful life along with their kids in Texas. And Hilbert often shares pictures with his family via his Instagram handle, where he is registered as @garretthilbert.