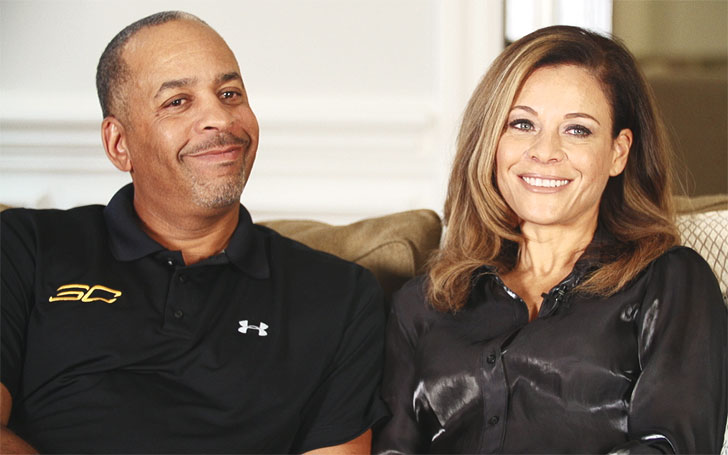 Dell Curry, a former NBA player, played his best from 1986 until 2002. Currently, he works as a  color commentator on Charlotte Hornets TV broadcasts alongside Stephanie Ready and Eric Collins.

Curry's personal life is something that drags everyone's attention. He married his high school girlfriend, Sonya Curry in 1988. The couple has three kids, all of them are doing their personal best in athletics. Stephen Curry and Seth Curry are current NBA players.

Sonya and Dell grew up in Virginia and met at Virginia Tech in the 1980's. Dell was a standout for the Hokies' basketball team and a junior while Sonya was a volleyball player and a freshman when they first started dating.

Dell and his wife Sonya In a photo-shoot

They tied the knot in the year 1988 and shifted to Charlotte, North Carolina when the Charlotte Hornets selected Dell in the NBA draft. From then till today; 29 years later with three kids, the couple is still in love.

Sonya and Dell started their family once they shifted to Charlotte. The happy couple shares three kids, sons; Steph and Seth, and a daughter; Sydel. Sonya and Dell with their three kids

The eldest son, Stephen Curry often makes it to headlines these days with his groundbreaking performance in the NBA. He was one among the players selected by the Golden State Warriors in the 2009 NBA Draft and still plays for the same team.

Stephen Curry's salary for 2017 is USD 34.68 million. He currently lives together with his wife Ayesha Curry; they married in 2011.

Seth Curry, Stephen's brother, and Dell's middle child is also an NBA player; he plays for the Dallas Mavericks. Sydel Curry, however, is a volleyball player like her mother, Sonya.

In a more recent news, Sydel Curry got engaged to Warriors G League player Damion Lee a day ago. Congratulations to the new couple, and the Curry family!