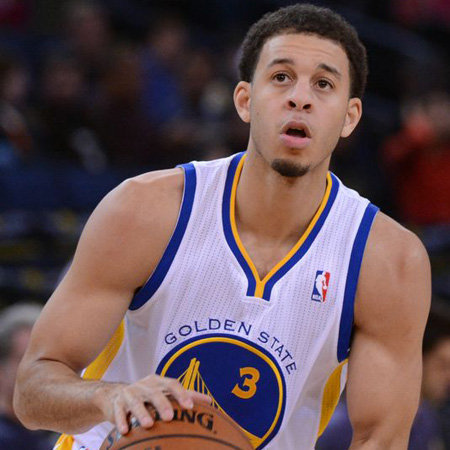 Seth Adham Curry is a well-known American professional basketball player who had previously been playing for Phoenix Suns in the National Basketball League. He is the younger brother of current NBA player, Stephen Curry.

Curry was born on August 23, 1990, in Charlotte, North Carolina, United States. He is an American by nationality belonging to the white ethnicity. He belongs to a family from a sports background. He is the son born to his mother, Sonya Curry, a state champion in volleyball and basketball, and his father, Dell Curry, a professional basketball player.

Happy Birthday to my little Sister @sydelcurry... Can't believe she 2?0? on us already smh lol.. Love you!

Curry graduated from Charlotte Christian School in 2008. While studying there, he was a three-year starter for the Knights’ basketball team. Curry, in his senior year, averaged 22.3 points, 5.0 rebounds, and 5.0 a s sists. He was also on the Charlotte Christian academic honor roll for four years.

Curry chose to attend Liberty University over others. While his freshman years at Liberty, He led all freshmen nationally in average point per game scoring 20.2 per game. From Liberty University, Seth was transferred to Duke after the 2008-09 seasons.

In the 2013 NBA Draft, Curry remained undrafted. He signed a non-guarantee contract with the Golden State Warriors on August 23, 2013, as a point-shooting guard. Later, on October 25 of that year, the Warriors waived him.

Santa Cruz Warriors then acquired him in November 2013. He then went on to sign with Memphis Grizzlies on December 24. The Grizzlies waived him on January 5, 2014, and on the same day, he made his NBA début. The Santa Cruz Warriors then again acquired him on January 9, 2014. Curry signed a 10-day contract with the Cleveland Cavaliers on March 21, 2014.

A day later, Curry appeared in his second NBA game against Houston Rockets. He went on to join the Orlando Magic in July 2014 for the Orlando Summer League. He then moved to play for Phoenix Suns for the Las Vegas Summer League.

Curry signed with Magic on September 29, 2014. The Magic Development League Team acquired his rights on October 7 of the same year. A few days later on 25 October, he was waived by the Magic. Erie BayHawks acquired five days after that, Curry. Curry then signed a 10-day contract with the Phoenix Suns on March 11, 2015.

Curry, age 24, is not married until now and does not have any children. However, he has a girlfriend named Anastasia Simone Carrillo who is a graduate of Chapel Hill and currently resides in Charlotte. She is a former UNC dancer and a model as reported by various sources. They seem happy together as seen in various pictures uploaded on the internet.

Curry stands at an incredible height of 1.8 meters (6 feet 2 inches) and weighs 189 pounds. He earns a great salary of $3.028 million from his sports career and has maintained a wonderful net worth of over $3 million.