Five Bizarre Europian Cultures You May Have Never Heard About 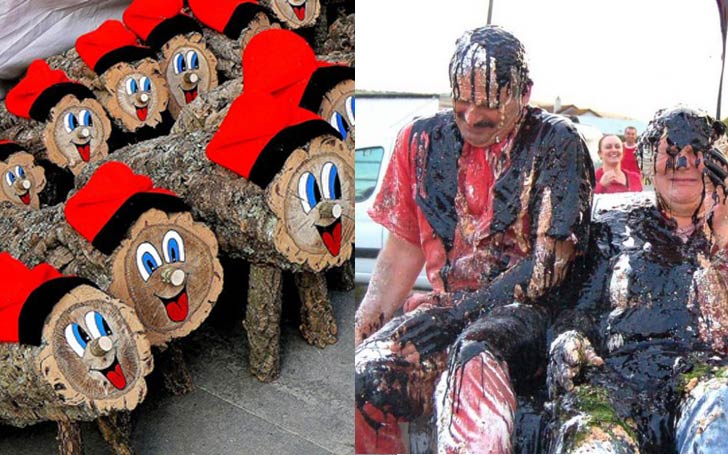 We might have heard about the weird customs and cultures of different sort of tribes living in different corners of the world from Africa to America. However, these tribes are not only to bear unusual customs with it.

You might not believe, the Europeans have bunches of bizarre traditions and customs which will shake your mind for sure. Let's have a look at five of that unique culture Europe takes with it for years.

How can you use tomatoes? Maybe for ketchup, sauce, in curry or as salads. But in Spain, people use tomatoes for a pretty different purpose. Rather than eating, they prefer throwing tomatoes at other people. 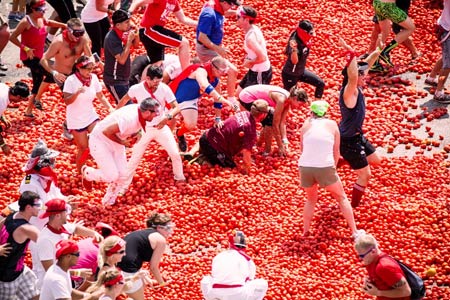 In Buñol, a town of Valencia, people enjoy the biggest tomato fight in the world on the last Wednesday of August. The festive is believed to have started in the 40s and 50s when the people attending the giant parades got bored.

The tomato fight usually lasts for an hour, and within an hour, the town square can be found literally covered with tomato debris.

How are you familiar with Romania? Maybe due to the Carpathian mountains, sculptor Constantin Brancusi or wine. But, Romania is also known for its weird culture to celebrate Danube Race for the Cross. 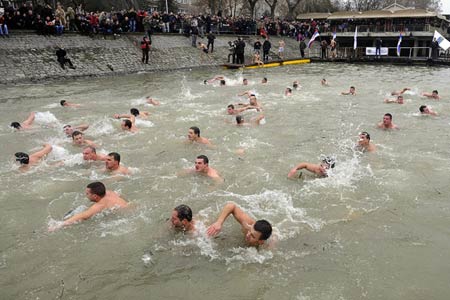 CAPTION: The Danube Cross Swimming in Romania SOURCE: The Telegraph

People in Romania swim the Danube in winter to celebrate the Danube Race for the Cross. The event is also supported by the Orthodox Church-when a priest throws a cross into the river and then thousands of men dive into the river to find it in the ice-cold water.

The culture is believed to be a celebration of the baptism of Jesus in the Jordan river. The men swimming take vodka which might be the reason why people can remain in the freezing water of Danube. The person finding the cross first is believed to be the lucky person for the entire year.

You might be the pretty unluckiest person in Denmark if you are above 25 and you're still unmarried. According to the post in The Telegraph, the streets in Denmark are usually covered in cinnamon and it's part of a long-standing tradition. 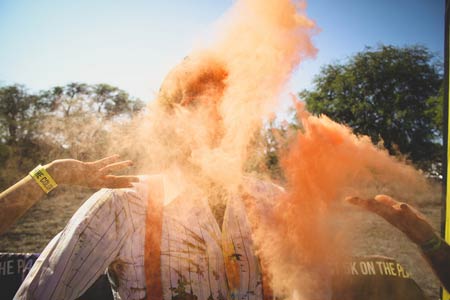 Friends and the family members might rain the cinnamon powder on you when you turn 25 and are still single. They can become brutal on you when throwing the spice on you. The huge mass of family and friends collectively pour the spice on a single man and splash them with water so that the cinnamon stick better.

In Denmark, being unmarried until 25 gives people social license to pelt you with cinnamon on your 25th birthday.

The wedding might be one of the most important days of one's life either you are a man or woman. A woman wants everything perfect on her special day from the dress, cake to the wedding venue. However, in Scotland, the day stands as different rituals than any other European nation. 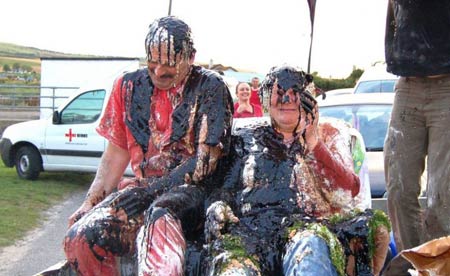 There is a tradition called, blackening of the bride in Scotland where friends and family gather and cover the bride with plenty of disgusting things like spoiled milk, sauces, mud, and others.

According to the online sources, the reason for this weird tradition is that if the bride can withstand this degradation, she will overcome any obstacle in her life after her marriage. Or the culture will just lead the couple to the happy marital relationship.

Christmas! One of our favorite times of the year. The time we love to spend with our family, relatives, and friends. You can find many different cultures across the Europe which governs the Christmas and we have one untold custom worth to mention when we are talking about the Christmas. 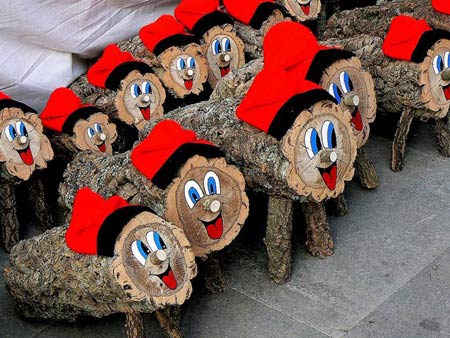 In Catalonia, Spain, at the beginning of December, you can find an item called Caga Tió in people's home which consists of a wooden log with a face painted on one end.