First Half Ends With A Goalless Draw 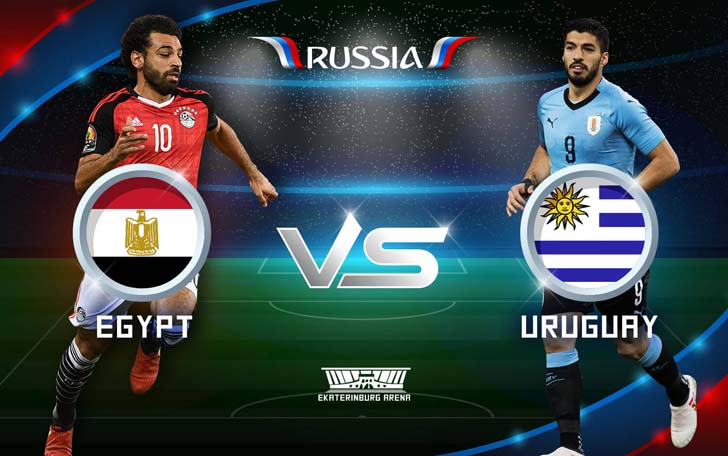 Get up to speed with all the action from the first half from #EGYURU in our live #WorldCup ScoreCentre https://t.co/qp2hRl92h2

The second day of the tournament, World Cup 2018 ended with a goalless draw. None of the teams can score a single goal.

Suarez was so close to the goal but unfortunately missed his first shot of the game.

Suarez got the ball down the side somewhat dangerously, but Ahmed Fathy, part of the hard-nosed Egypt defense, battled him off the ball. Then two dangerous corners followed, and Suarez missed a great chance going just wide. Uruguay is turning up the heat.

All the Egypt fans are awaited and there is a big question among all the fans "When will Salah show up in the game?"

The camera picks up Salah sitting on the bench opening up some shin guards. All over Egypt, and probably Liverpool too, there is a sudden surge of excitement. But still no concrete signs of his arrival into the game.

Egypt is not really putting together sustained offensive attacks. They seem to be looking for a quick steal or to capitalize on an error and then shoot quickly.

The latest effort came from Marwan Mohsen, but like the others, it was half-hearted and not from a particularly good location. Egypt seems to lack the confidence to go for a few more passes and get a better shot.