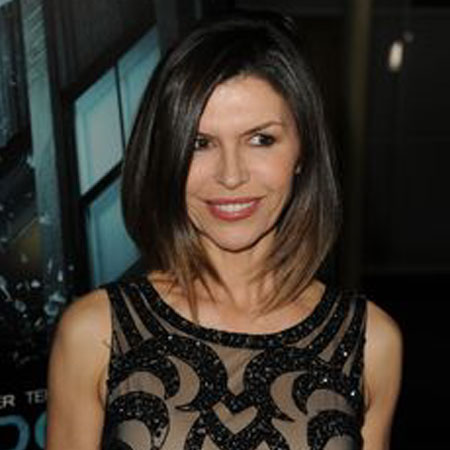 Finola Hughes is an English actress, entrepreneur, author, dancer, and television host. She made her major breakthrough for her iconic role of Anna Devane on the ABC soap opera General Hospital. Her role in the series also earned her numerous prestigious accolades including Primetime Emmy Award and more.

London Born Finolan Is Of Italian And Irish Descent

Finola Hughes was born on 29 October 1959 in London, England, the UK. In the year 1985, her father died of a heart attack. She has a mixed ethnicity of Italian-Irish and holds British nationality.

As she always had a dream of being an actress, Hughes worked very hard to maintain her look and acting skills. She attended Arts Educational Schools London. At that time, the actress won the Markova award as well as started performing in the Ballet Company.

Finola Hughes's career began in the year 1981 when she played the role of Victoria the White Cat in the London production of Andrew Lloyd Webber's musical Cats. After her success from musical cats, she again appeared in a movie named Staying Alive starring John Travolta.

Since 1985, Hughes has been playing the role of Anna Devane in one of the most hit TV series General Hospital.  Her role in a TV series also garnered her a Daytime Emmy in the year 1991. Following her performance in the series, the actress gained widespread fame and also won many other prestigious accolades like Soap Opera Digest Award and more.

Finola appeared in the series along with Maurice Benard, Steve Burton, Genie Francis, and more.

Hughes was again nominated for the same category for Anna, and for All My Children as Alex in 2000. In 2008, the actress started in the General Hospital spin-off series General Hospital: Night Shift. It was said that she will return to General Hospital in the year 2012 as the role of Anna Devane. She will appear as a recurring character but Anna Devane will be front and center awhile.

In 2013, Hughes made her first feature-film directing with indie comedy-drama named The Bet. Later in 2015, she directed her another film named Byrd and the Bees which is a romantic comedy movie starring Jonathan Rhys Meyers and Tracy Spiridakos.

What is her Net Worth?

The 60-year-old Finola Hughes has a net worth of $8 million, according to celebrity net worth. The actress has collected such a good amount of net worth from his work in movies and TV shows.

How Is Finola And Her Husband Russell's Married Life In Going On?

5 ft 5 inches tall Finola Hughes married her long-time husband named Russel Young. The couple got married in the year 1992 on July 4. The couple tied the knot in a private wedding ceremony.

Their first child named Dylan Joseph Young, on 9 November 2000. Later they adopted their second son named Cash Justice Young, in 2005. Finally, they adopted their first daughter named Sadie Beatrice Young in April 2008, she was just 4-months of age when the couple adopted her.

Besides her married life, Hughes is also a friend of Kelly Ripa, as she is also a huge fan of the movie named Staying Alive and also she knows every line of the movie more than Finola does. Some of her acting mentors were Rachel Ames and late Anna Lee.