Eva Longoria's Third Husband Jose Baston, is She Happy with Him? Complete Details About their Marriage! 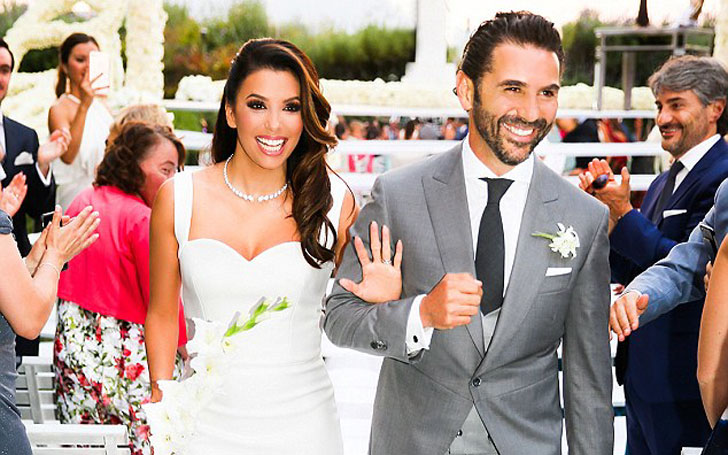 Eva Longoria has finally found a perfect match after two failed marriages. Seems like she is totally in love with her third husband, Jose Baston. Their recent romantic PDA in Malibu stands as proof of the love between the couple. Longoria and Baston celebrated their first-year marriage anniversary just over a month ago.

Not only Longoria, Baston also expresses his affection towards his beloved wife. From adorable public kisses to loving online posts, Eva Longoria and Jose Baston express their love in all forms.

This is 42 years old Eva Longoria's third marriage, third time's the charm? Well, let's hope so. Currently, the Desperate Housewives star is happily married to her third husband businessman Jose Baston. Baston is the president of Televisa which is a media company in Latin America. The couple had their first encounter through a mutual back in 2013. At the time, they didn't have any connection. However, they were introduced  to each other again after six months. And this time “immediate chemistry" happened and just like that, they started dating.

Also read: Find out what has Eva Longoria to say about the premiere of 'Devious Maids'

She captioned the post:  "Ummmm so this happened....#Engaged #Dubai #Happiness"

Baston purposed his girl on a romantic way as he kneeled down with a stunning ruby and diamond engagement ring. After about five months of engagement, the couple tied the knot on May 21, 201, in Mexico.

They exchanged vows in front of 200 friends and family and the list includes Ricky Martin, Vanessa Williams, Mario Lopez, Melanie Griffith, Victoria and David Beckham. A source said to Life & Style magazine, that the couple wanted to start a family and wanted to adopt a daughter.

Prior Baston, Eva Longoria was married twice. She was married to actor Tyler Christopher in 2002. Their relationship ended in 2004. She then started dating NBA  star Tony Parker in 2004. After two years of dating, the couple got engaged on November 30, 2006, and eventually, they married on July 6, 2007, at the Paris City Hall.

Also read: Tony Parker is set to earn more the next NBA season! What would be his net worth, then?

Just a month before the ceremony they two signed a prenuptial agreement. Their relationship didn't last long and they appealed for divorce in November 2010 citing "irreconcilable differences".Their divorce was finalized on January 28, 2011. Prenuptial agreement was definitely a good idea.