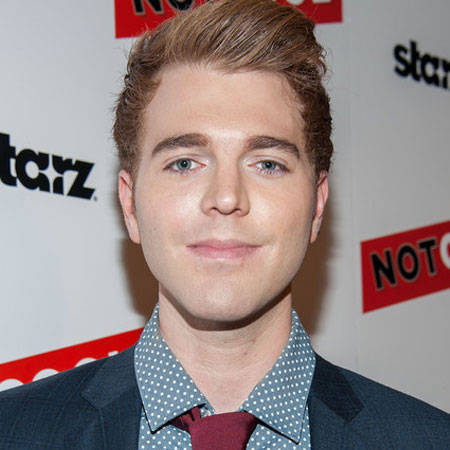 American YouTuber, Shane Dawson is also an author who published several bestselling books of the country. From a very early age, he started his YouTube career from where he earns a huge amount of money. As of 2019, his YouTube channel, Shane has over 22.23 million subscribers due to which it became the 100th most subscribed YouTube channel. Besides, he was an affair with his ex-girlfriend Lisa Schwartz but broke up soon. After his separation, he came out to be a bi-sexual.

Shane Dawson was born Shane Lee Dawson Yaw on 19th July 1988 in Long Beach, California, the United States under the birth sign Cancer. Dawson is of Swedish, Dutch, Welsh, as well as English descent and belongs to American nationality.

He grew up with an alcoholic, abusive father, who beat him on a regular basis and ultimately abandoned his family. As a result, the financial state of his family while he was growing up was very weak. Dawson and his 2 siblings Jerid Yaw and Jacob Yaw had to live a very difficult life.

Besides, Dawson attended Lakewood High School. He was overweight when he was a teenager. Due to his poor family condition, he was bullied.

Shane Dawson’s pa s sion for making YouTube videos started when he would turn in videos as school projects with his friends in high school. He started making his YouTube videos on 10th March 2008 for his channel ShaneDawsonTV.

In the meantime, Dawson had been working at Jenny Craig, Inc. with his mother and brother. He uploaded a video of himself pole dancing in the building he worked. Consequently, he was fired in August 2008.

?Thank you for letting me do what i love for the last 10 years. Thank you for supporting me, for telling me when i went to far, for helping me grow as a creator & as a person. All i wanted when i was a kid was to make things that meant something to someone. my dream came true ?

He then went on to upload a video named Fred is Dead which has been viewed 23 million times. He also opened a new channel named ShaneDawson TV2 which he uses infrequently. He posts his vlogs mostly through his iPhone on this third YouTube Channel. He is frequently seen collaborating with various other YouTubers like TheFineBros, Joey Graceffa, Bark Baker to name a few.

Dawson declared on 11th August 2010, that he was in the making of a 30-minute pilot which he called SD High. Dawson then stated in a YouTube video that he was now working on a new television show, which would revolve around his life working at a Weight Loss center.

He released his debut song named SUPALUV! on March 31, 2012, on iTunes, with an accompanying music video which debuted on his YouTube channel on the same day. The song climbed at163 on the UK Singles Chart and reached the 28th spot on the US iTunes Pop Chart. Dawson started a podcast entitled Shane and Friends in June 2013.

On April 4, 2014, he declared that he had directed and starred in a comedy film in Pittsburgh earlier that year which was made on a budget of approximately $1 million, and released on September 2014. The film was titled Not Cool. Dawson recently released a biography titled I Hate Myselfie: A Collection of Essays.

Dawson’s YouTube channel is the 100th most subscribed YouTube channel with more than 22 million subscribers and around 1 billion views. According to the social blade, he earns $19.8k to $316.1k monthly and $237k to $3.8 million yearly from his channel.

Moreover, Dawson also earns much from his best-selling books:

Today I got the car that i've been dreaming of since I was 6 years old, a green jeep! It might not be bougie (sp?) and it might be used but i don't care. It's my baby and I love her so much :,)

Dawson previously had an affair with girlfriend Lisa Schwartz, a YouTuber. They met in 2011 on the sets of My Profile Story and eventually started dating on 20th December 2011. However, Dawson broke up with his girlfriend on 31st May 2015.

After their break up, Dawson revealed that he is bisexual in 2015 in a video posted on Shane Dawson TV. As per some sources, the announcement became the reason behind his separation from his girlfriend. Besides, she has body dysmorphic disorder.

The popular YouTuber then started dating with his partner Ryland Adams. The two got engaged on  March 19, 2019, after three years of a love affair.

Dawson came to controversy after he used blackface in order to ''maintain the integrity'' of characters in his routine. Later, he claimed that he was not being racist at all and blamed all to his ignorance plus was not aware.