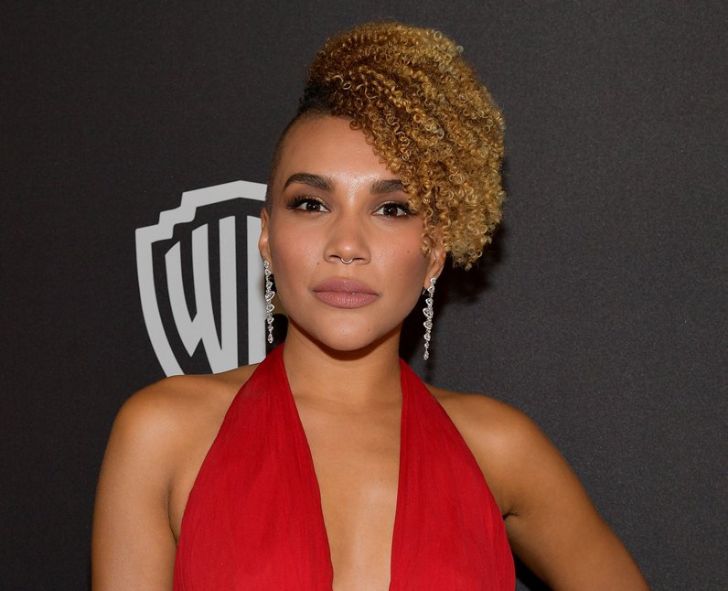 Emmy Raver-Lampman, an American actress and singer began acting career through theaters & earned her on-screen breakthrough from The Umbrella Academy (2019- Present). She portrays Allison Hargreeves, one of the main cast in the Netflix series. The Virginia-raised actress paved her prominence in acting with theater productions & Broadway appearances, including Hair, Wicked, and Hamilton.

Born on September 5, 1988, in Norfolk, Virginia, the USA, Raver-Lampman was adopted as a newborn. Her adoptive parents; father Greg is a teacher while mother Sharon works as a  professor at Old Dominion University. An American by nationality, Emmy has mixed ethnicity including African-American descent.

Reportedly, as a child, Emmy traveled in more than 50 countries due to her mother's work. She attended Governor's School for the Arts and Maury High School in her hometown Norfolk. Later, Raver-Lampman enrolled at Marymount Manhattan College in New York City and graduated in 2012 with a Bachelor of Arts in Theater.

Breakthrough With 'The Umbrella Academy'

Turned professional since 2010, Emmy made her on-screen debut 6 years later, in 2016 in an episode of Odd Mom Out. Thereafter, she made brief appearances in TV series A Million Little Things (2018) and American Dad! (2019).

It was the Netflix superhero series The Umbrella Academy, released on February 15, 2019, that gained acting career breakthrough. Emmy Raver-Lampman appears in one of the main roles Allison Hargreeves / Number Three, sharing the screen with Ellen Page, Tom Hopper, David Castañeda, and Aidan Gallagher.

On July 31, 2020, another season (Season 2) of The Umbrella Academy released & received positive reviews from critics.

In 2020, she worked in a film, aTypical Wednesday, and is set to appear in an upcoming project Untitled Horror Movie (UHM) (under post-production).

Before her landing in the on-screen project, Emmy fully dedicated herself to theaters & Broadway productions. While attending Marymount Manhattan College, she earned a role in Children of Eden, an Off-Off-Broadway. Later in Summer 2011, she made her Broadway debut with Hair (2010- 2011).

Emmy played in Original Broadway production Hamilton (2015 - 2016), and then in Chicago Production & National Tour from 2016 to 2017. Most recently, she played Martha in Gun & Powder at Signature Theatre from January to February 2020.

What Is Emmy Raver-Lampman's Net Worth In 2020?

According to online sources, American actress Emmy Raver-Lampman has a net worth of $300,000 as of August 2020. Primarily, she collected a considerable sum of money through career in theaters. After Emmy landed in The Umbrella Academy, her fortune saw a drastic rise.

As one of the main cast in the web TV series, Emmy earns tens of thousand dollars per episode, that turns out to be a 6-digit figure for each season.

Although the actress is yet to make an official sponsorship deal, she often promotes Crosstown doughnuts and Goorin Bros. (hat makers) on her Instagram (@emmyraver) with 1.1 million followers. Each sponsored post has the potential to earn her $2,223 - $3,705.

Emmy Raver-Lampman Is Dating: Who Is Her Boyfriend?

The Umbrella Academy is yet to get married but enjoys a lovely relationship with her boyfriend Daveed Diggs. The duo is theater production Hamilton alums & worked together when its musical opened in 2015. Over the years, Emmy often shared Instagram posts with Diggs & her other friends, but it was until 2019, when they started dating, as per Yahoo!. 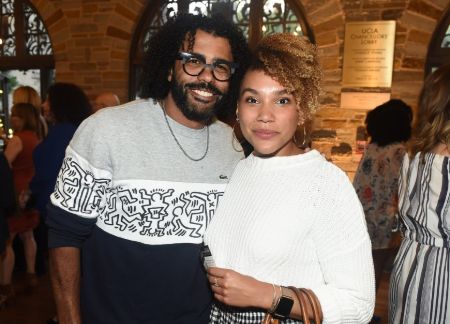 However, they are not very much publicly open about their relationship. The couple once appeared in red carpet moment in 2019 Film Independent Spirit Awards, alongside Diggs's co-star Janina Gavankar.

In an interview with Refinery29 in 2020, Emmy confirmed that their relationship is going strong after she mentioned quarantining with Diggs in their Los Angels house.