Elvia Nolasco is an American-born actor, director, and producer from New York City. He is best known for his performance in the ABC anthology crime television series American Crime. Moreover, his other notable television and film credits include Godfather of Harlem, All American, Clockers, and Oldboy.

Elvis Nolasco was born on December 19, 1968, in New York City, New York, the United States. He is of Dominican descent who holds American nationality.

Elvis Nolasco landed his debut performance in the comedy-drama film I Like It Like That in 1994. The following year, he appeared in the television series New York Undercover, and feature film Clockers.

His other early TV series and movies include Law & Order, I'm Not Rappaport, Prime Time, and NYPD Blue. In 2005, he made an appearance as Abe in the Nickelodeon drama series Miracle's Boys. 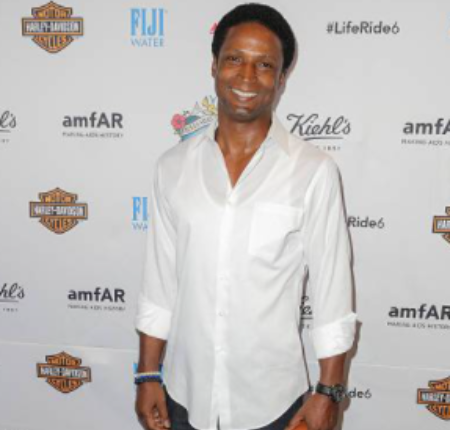 In 2008, he was cast in the biographical film Che, which was directed by Steven Soderbergh. Similarly, he acted as Cortez in the neo-noir action thriller film Oldboy in 2013.

A year later, he got featured in the horror film Da Sweet Blood of Jesus. From 2015 until 2016, he played Carter Nix in the ABC anthology crime television series American Crime.

Nolasco starred as Ray in the drama film Roxanne Roxanne in 2017. The same year, he appeared in the TNT series Claws and Netflix's She's Gotta Have.

Elvis Nolasco has gathered a net worth of around $1 million as of April 2021. He ama s sed such a tremendous amount of riches from his professional acting career.

He was part of the biographical film Che, which was directed by Steven Soderbergh and earned $42.8 million at the box office.

The average salary of actors in the US falls at $45 thousand to $51 thousand per annum.

Is Elvis Nolasco Married Or Single?

The 52-year-old actor is possibly not married yet. When it comes to his personal life, he prefers not to open about his relationship with the public and likes to keep all of his private info very low-key.

As of now, he lives in Los Angeles, California, and spends most of his time indulging in work.