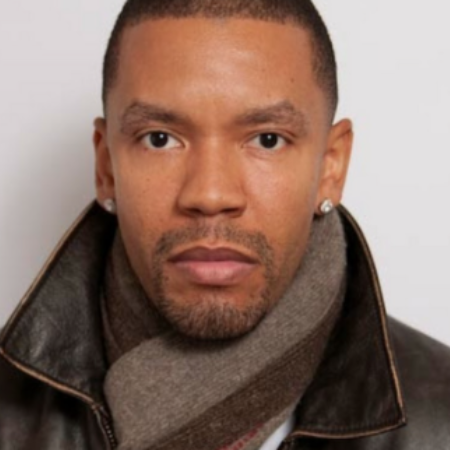 Nigel Thatch is an American actor who is most known for his role as Malcolm X in the Epix TV series Godfather of Harlem. Similarly, the East St. Louis, Illinois-born actor also appeared in the historical drama film, Selma. His other television series and movies credits include Valor, American Dreams, and The Players Club.

When And Where Was Nigel Thatch Born?

Nigel Thatch was born on 8th August 1976 in East St. Louis, Illinois, the United States of America. He is American in terms of nationality and belongs to the Afro-American ethnicity.

Nigel Thatch kick-off his acting career in 1996 when he appeared in the television series Beverly Hills, 90210. A year later, he made appearances in the TV series Crisis Center, and television movie; Bouncers and Riot.

He acted as Shakim in The WB series The Parent' Hood from 1996-1997. He played the minor role of Morehouse Guy in the feature film The Players Club.

The following year, the actor went on to appear as Keno in the TV series Half & Half and Leroy in the comedy film L.A. Twister.

Thatch was cast in the historical drama film Selma in 2014. From 2017 until 2018, he played Robert Haskins in the CBS military drama television series Valor.

He is well known for his role as Malcolm X in the Epix TV series Godfather of Harlem in 2019. He shares the screen with Forest Whitaker, Vincent D'Onofrio, Ilfenesh Hadera, and Kelvin Harrison Jr. in the series.

How Much Is Nigel Thatch Wealth?

American-born actor Nigel Thatch has earned an estimated net worth of $600 thousand as of early 2022, a $100K rise from his previous fortune of $500 thousand in 2021. He made such wealth throughout his successful acting career.

He was cast in the Paul Webb wrote and Ava Duvernay directorial historical drama film Selma, which made a decent sum of $66.8 million of box office against the producing cost of $20 million.

The 44 years old actor is possibly not married as of 2022. He prefers to keep all of his private life well hidden from the media radar.

Unlike other celebrities, he is not active on any social media platforms. So it makes us even harder to track down his personal details.