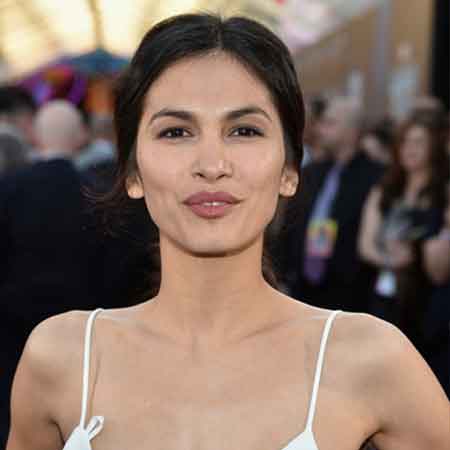 Elodie Yung is a French-Cambodian actress who debuted in the entertainment industry in 2002 from a french teen television series La vie devant nous. She has even made her mark in the American entertainment industry; appeared in movies G. I. Joe: Retaliation, District 13: Ultimatum, 10 Things I Hate About Life, Still, and The Hitman's Boyfriend. Yung is cast in the television series The Defenders and in the Netflix series Daredevil.

Elodie Yung was born on February 22, 1981, in Paris, France. She is the daughter of a Chinese-Cambodian father while her mother is French-Italian. Yung grew up in a French department named Seine-Saint-Denis. She enrolled in karate cla s s when she was only 9 years of age and gained a black belt in her teenage years.

For her higher studies, she joined the University of Paris since she had a pa s sion of being a lawyer and earned a law degree. Later on, her pa s sion changed into acting and to fulfill her interest she enrolled at the London Academy of Music and Dramatic Art.

Yung debuted in the entertainment industry in 2002 from the French television series La vie devant nous where she portrayed the role of Jade Perrin. The series was a teen drama which depicted high school friends growing up together. She made her movie debut in 2004 appearing in a French movie called Les fils du vent. The following years, she appeared in several others American movies like District 13: Ultimatum, G.I. Joe: Retaliation, 10 Things I Hate About Life, Still, The Hitman's Boyfriend and The Girl with the Dragon Tattoo.

She portrayed the role of Laura Maurier in 29 episodes of French police television series called Les Bleus. In 2016, she appeared in the American web television series Daredevil and The Defenders. She was cast in the main role of Elektra Natchois in Daredevil and acted alongside Charlie Cox, Deborah Ann Woll, and Elden Henson.  Yung featured in a video game Call of Duty: WWII where she voiced the character, Olivia Durant.

Yung has an estimated net worth of $2 million which she earned from her career as an actor. She must be entitled to many properties but nothing is listed in the media. Here are some of her movies that collected a good sum at the box office.

Yung is a private person and mostly keeps her private affairs away from the limelight. In an interview, she talked about going to dinner with her boyfriend to celebrate getting signed for Daredevil series. But other than that no details about her romantic relationships or about her boyfriend is public.

She owns a dog named Tyche. Yung is a black belt and did her own martial arts stunts in the series, Daredevils. She stands at 5'7.

Here is a video of Yung talking about The Defenders and The Hitman's Boyfriend..