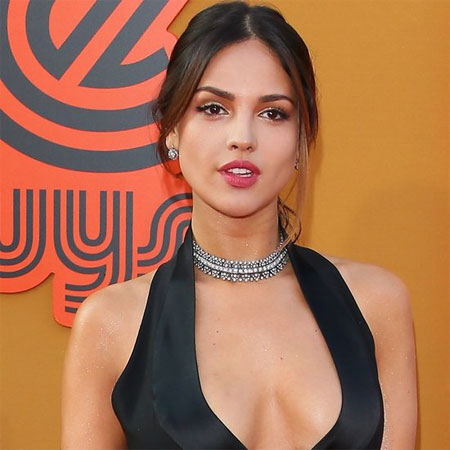 Eiza Gonzalez actress and singer Eiza Gonzalez had her name recognized at the early age of 17. Her popularity is mainly credited for her title role in the Mexican musical telenovela ‘Lola Érase Una Vez.

Eiza Gonzalez was born on January 30, 1990, in Caborca, Sonora, Mexico. She is the only daughter of former Mexican models, Glenda Reyna, and Carlos. Her father was pa s sed away after his motorcycle accident when she was twelve. She attended the Edron Academy.

Eiza Gonzalez kick-started her career playing the role in the Lola, érase Una Vez in 2007. From 2014-16, she was a cast in the From Dusk till Dawn: The Series. She also played the role in movies like Baby Driver and the 2019 movie Battle Nagel.

Eiza Gonzalez has an estimated net worth of around $5 million, as per celebrity net worth, in 2019. In the year 2017, the actress was a cast in the movie Baby Driver which became the box office hit grossing over $226 million against $34 million. In the movie, she shared the screen alongside Ansel Elgort, Kevin Spacey, Lily James, and Jon Hamm.

Eiza Gonzalez was in an affair with Mexican businessman Pepe Diaz for two years but they split up in the year 2013. She also dated her boyfriend Josh Duhamel. The two called it quits in July 2018. Currently, she is promoting the Spanish version of the movie ‘The Croods’. She is at present in news for being seen lip-locking with actor/singer; Miley Cyrus' recently broken up fiancé Liam Hemsworth.

But when mocked by the press to speak about her affair with Liam Hemsworth and lip-locking event she said: “I have nothing to say about that subject”. In 2014 she is to act in ‘From Dusk Till Dawn: The series’ as the character Santanico Pandemonium.