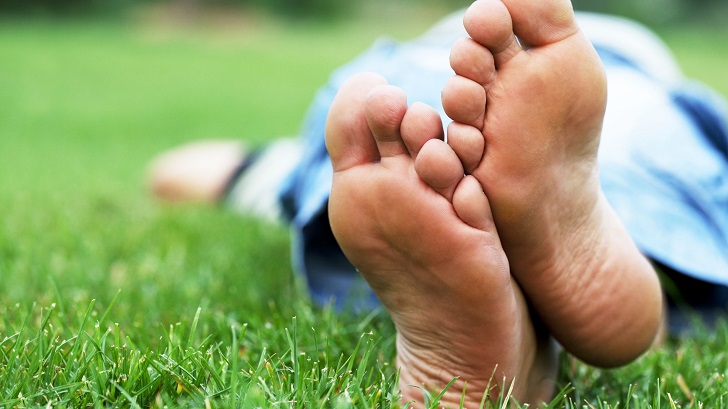 We all love some great celebrity facts. Whether you want to get a website of your own to share them, or enjoy perusing the weird and wonderful details about all your favorite famous people across the internet, it can be fun to learn some interesting insights about those who revel in fame and fortune.

Celebrities tend to be revered for their talent, but also their great looks. We often admire their beauty, grace, and fashion sense, and they seem almost unattainable in their glorious perfection. So it’s nice sometimes to remember that they are human after all and have their quirks, flaws, and even unusual body parts that aren’t so glamorous after all.

The following celebrities are all famed for being talented, beautiful people, but they also have another thing in common, and that’s their enormous feet! So who are these stars which such literal big shoes to fill? Let’s take a look at them!

Lawless shot to fame playing the fierce and beautiful Xena warrior princess. If her on-screen performances are anything to go by, she’s certainly not afraid to kick some ass.

It’s no wonder she’s so good at those stunt moves as her size ten and a half feet have got some severe surface area to deliver those high kicks which extra oomph!

The it-girl that everyone loves to hate, Paris Hilton is best known for her love of fashion and of carrying tiny dogs in handbags. While she cuts a pretty tall and slender figure, we’re often too distracted by her pout and her bleach blonde hair to notice that she’s got pretty enormous feet also.

She’s a massive size eleven, but in true Paris style, has never let her large feet hold her back, and in fact, even started her own footwear line, which goes up to her size to ensure she’ll never run our of designer shoes to wear.

Oprah Winfrey is best known for her fantastic work as a talk show host, as well as being an actress and admired philanthropist. However, she’s also got a large size eleven feet.

Even she didn’t know until later in life just how large her feet were, wearing a size too small right into adulthood!

The supermodel of the moment, Kendall Jenner, is another well-known face whose feet are surprisingly big. Unlike her tiny sisters, Jenner is the only one of the Kardashian Klan to be considered taller than average, and her size 10 feet mean she’s sadly unable to join in swapping shoes with her four female siblings!

British beauty Kate Winslet is perhaps best known for her starring role alongside heart-throb Leonardo Di Caprio in Titanic. The actress is also only 1.69m tall, so her size 11 feet are pretty out of proportion. However, she’s still a celebrated Hollywood beauty and has gone on to take many a leading role in some of the biggest movies around.

Brooke Shields is one of the most beautiful actresses of all time and is known for her grace, style, and sophistication. However, her large feet are also pretty exceptional, and her size 11 shoe size proves that having big feet will never hold you back!

Whoopi Goldberg is yet another celebrity to join the size eleven shoe club. She admitted to having large feet while on the same talk show as fellow bigfoot, Kate Winslet, and they immediately bonded over the fact!

While many of the stars we’ve previously mentioned seem to have embraced their big feet, Ryan, unfortunately, does not join them. In fact, she is rumored to be so ashamed of her larger than average size elevens that she hires a body double to stand in whenever a shot of her feet must be taken.

While having large feet must be a pain for these celebrities, we can’t feel too sorry for them!

They’re all beautiful and gifted after all, and bigger feet just means they’ll need more room in their closets for all those designer shoes!