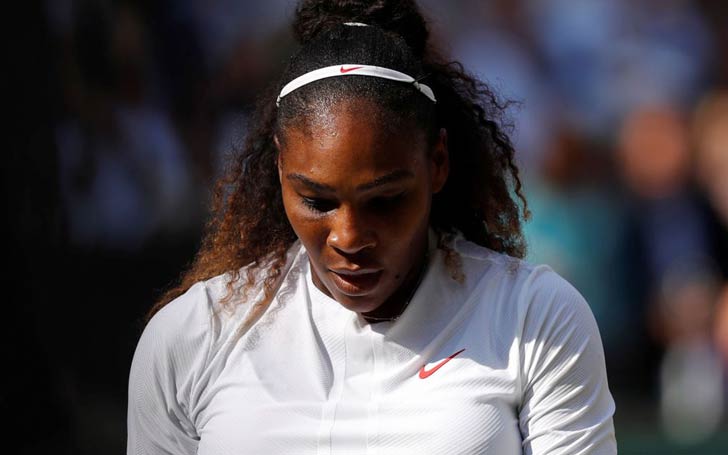 Serena Williams missed the chance to set the record for the woman with most Grand Slams after she lost the Wimbledon Final to German Angelique Kerber on Saturday, 14th July.

The 36-year-old former world number one, Williams lost the final played at the Center Court, Wimbledon to Kerber in a straight set of 6-3 & 6-3. Williams got emotional after her 8th Wimbledon title dream shattered Saturday evening; she said,

It was such an amazing tournament for me. I was really hoping to get this far.

It's obviously disappointing, but I can't be disappointed. I have so much to look forward to. I'm literally just getting started.

All eyes were set on Williams on Saturday Final whether she could clinch another Wimbledon title which could have tied the record with tennis legend Margaret Court's all-time record of 24-major titles.

Williams set her place to the Wimbledon final beating Julia Görges in the semi-final in 6-2, 6-4, on Thursday, 12th July while Kerber made her way to the final beating Latvian Je?ena Ostapenko by 6-3, 6-3.

"I was really happy to get this far. For all the moms out there, I was playing for you today"

Williams dedicated the match to all the mothers at the arena. She said,

For all the mums out there, I was playing for you today and I tried really hard.

She further congratulated Kerber on her first Wimbledon win. She said,

She's an incredible person, Angelique is, and she's a really good friend, so I'm really happy for her. This is her first title and I know she's going to really enjoy it and enjoy the moment. So congrats again. It's amazing.

Williams' husband and Reddit co-founder, Alexis Ohanian was there at the stand supporting her while he also supported her after her loss with his strong voice on social media. He took a photo of Williams with words, "just getting started," saying it was a great fight and she will be holding the trophy soon.

Days after our baby girl was born, I kissed my wife goodbye before surgery and neither of us knew if she would be coming back. We just wanted her to survive—10 months later, she's in the #Wimbledon final. Congratulations, @angie.kerber. @serenawilliams will be holding a trophy again soon—she's got the greatest one waiting at home for her. Our family knows she'll win many more trophies, too. She's just getting started. And I couldn't be more proud.

Meanwhile, Duchesses Kate Middleton and Meghan Markle were seen enjoying the final. The Royal sisters-in-law marked their first solo outing together at the Wimbledon Championships.

The Duchess of Cambridge, Kate wore a white-patterned dress while the new Duchess of Sussex opted for a summery blue-and-white striped button-down shirt with wide-leg cream pants. 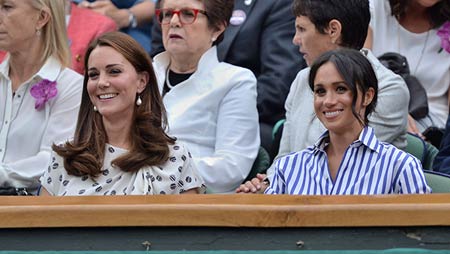 Before the match, the Royals were spotted talking with ball boys and girls to know more about the sports while they also met with the former female tennis champions, Williams.

Williams and Markle have been good friends since their first meet at the 2010 Super Bowl in Miami. The friends are since in a great touch and are part of every small and big occasion.

Williams and her husband attended the Royal Wedding on May 19, 2018, however, Meghan Markle and her then-Royal beau Prince Harry missed Williams and Alexis Ohanian's wedding in November 2018.