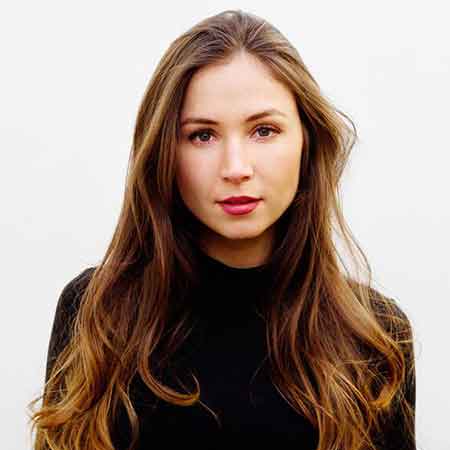 Born and raised in England, Dominique Provost-Chalkley is one of the talented actress popular for her role as Waverly Earp in the TV series, Wynonna Earp. She is associated with the series since 2016. She rose to fame after appearing in the movie in a bisexual character.

From the early age of four, she started dancing. At the age of 16, she took acting and singing classes at the Laine Theater Arts School. Soon after graduating, she earned a role of Baby Houseman in the West End theater's hit musical Dirty Dancing.

Provost-Chalkley starred as Waverly Earp (Wynonna's sister) in supernatural western horror series, Wynonna Earp with Melanie Scrofano, Tim Rozon, and Shamier Anderson among others. She appeared as a bisexual character which was noted by the LGBT community. She is associated in the series since 2016.

In an interview in 2016 for digitaljournal.com, she revealed that she never expected to get a role in the series. She said,

''It's just as much of a shocker for me as it looks like on paper. I was in the U.K., minding my own business when this project cropped up, and it really stood out to me.''

As of 2018, she worked in a TV film, Separated at Birth as Terri Marshall.

In 2012, Provost-Chalkley made her movie debut as Vanya in a thriller movie, The Seasoning House directed by Paul Hyett. Three years later, she appeared as Zrinka in 2015's superhero film, Avengers: Age of Ultron alongside Robert Downey, Jr., Scarlett Johansson, Chris Evans, and Chris Hemsworth. The movie grossed billions at the box office.

Provost-Chalkley starred in 2017's movie The Carmilla Movie, Canadian film based on the web series with the same name. The movie starred, Natasha Negovanlis, Elise Bauman, and Annie Briggs. As of 2018, she worked in a short film, Eat Jeremy.

Dominique Provost-Chalkley has an estimated six-figure net worth as per some online sources, however, the amount is still under review. She is earning a good amount from her acting career.

As per some sources, a TV star averagely earns a salary that ranges from $150k to $1 million.

The talented actress, Dominique Provost-Chalkley is confidential when it comes to her personal life and relationship. She prefers to keep her love life low-key.

Provost-Chalkley posts several pictures on her social media with both her male and female friends but never gave a hint about her love life. With the limited information she has shared about her love life, it can be assumed that she is possibly single.

She is close with the lead cast of Wynonna Earp, Melanie Scrofano. They became close right from their audition, she told,

"We instantly hit it off. It was like we'd known each other for 10 years, and I think that really, you know, worked in my favor.''

Besides, Provost-Chalkley is a founder of Start the Wave which is an eco-friendly community established for positive change. Her work helped her to gather a huge fan following on her social media.

Here is a video where Provost-Chalkley talks about her role in Wynonna Earp.