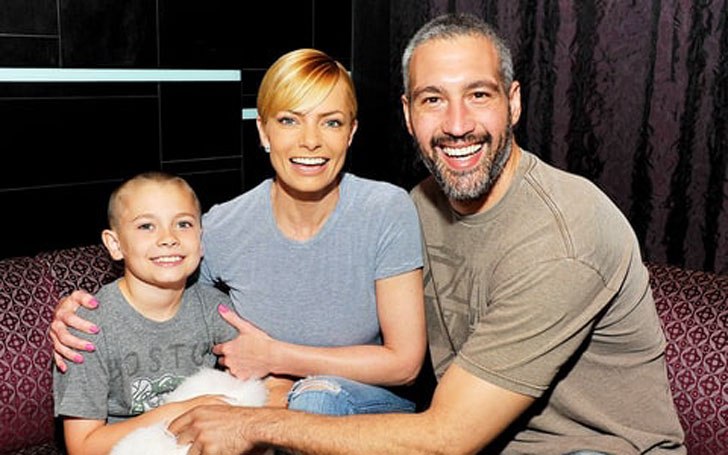 It is twins for DOA (2006) star Jamie Pressly! She has become a mother to twin baby boys.

The Mom’s actress actually become one in real life with her long-time boyfriend Hamzi Hijazi and what better source could they use to let the world know about her happiness other than social media?

Having experienced motherhood once before with the help from her fiancé Eric Calvo, Pressly might have been prepared for the second time, but having twins must have been a new experience!

The mother of three posted picture of the twin babies on Instagram on 23rd of October 2017, after a week of the delivery.

Back in  August, she was seen posing with her baby bump. Come October and she was delivering twins. Don't get it twisted, she did keep the babies for 9 months before delivering, it's just that she was away from the media all the while.

Also, doesn't 2017 seem to be the year of celebrity twins? Amal Clooney and George Clooney and Beyonce and Jay-Z had twins earlier this year!

The little babies are named Leo and Lenon and look super cute snuggled up together in the picture. There were times when the couple struggled to conceive, and now they are happy parents of a set of twins.

The I Love You, Man (2009) star Jaime Pressly and her long-time beau were trying to conceive but were having difficulties. The couple previously had multiple failed attempts to conceive and also thought of trying out IVF.

Jaime Pressly posing with her family

After battling a bad sinus infection for a while Pressly had a suspicion that she might be pregnant. So, she took a  clear tube test and found she was indeed pregnant. Needless to say, the news shocked the couple!

We thought we were going to have to do IVF.

I went and got a Clearblue test and then had Hamzi go back to the store and get about five more because I was like, ‘Oh, my God!

Well, all is well that ends well right? In this case, definitely yes!