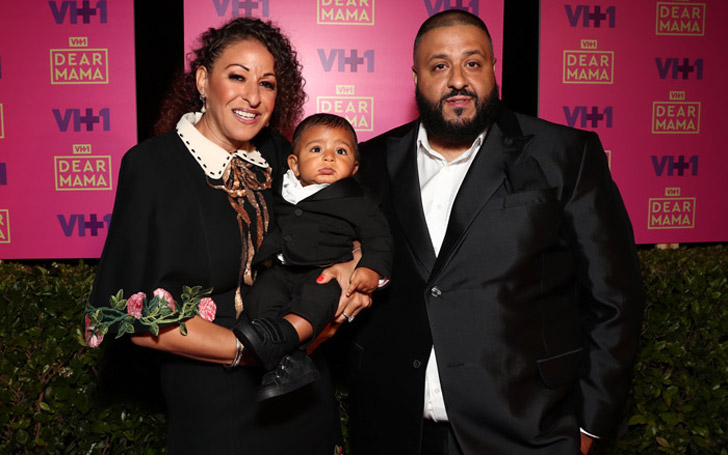 DJ Khaled is a total family man and that’s one of the most things we love about him besides his music. Well if you are living under the rocks and do not know who DJ Khaled is, he is a famous music producer and a DJ

Everyone knows all DJ Khaled does is win- he is winning in his romantic life and music career these days! So much winning, he must be afraid Donald Trump is jealous of him!

Khaled is head over heels in love with Nicole Tuck and his son Asahd Tuck Khaled. And, his fans love him for the family man that he has become!

DJ Khaled and his fiance Nicole Tuck, who is also the mother of his son, have an amazing chemistry together-red carpets, snapchat and their other socials are enough proof!

Nicole and DJ Khaled’s love story is somewhat a mystery-not everyone knows the details. Some sources report that Nicole has been the women in Khaled's life for almost 14 years now.

Nicole Tuck met Khaled before he was famous and has been shaping his life till then. Like they say, behind every successful man there is a woman!

Well, DJ Khaled and Nicole Tuck's love-story is not quite public, however, we can’t neglect the headlines over these years. There was a time when he publicly proposed to Nicki Minaj and broke the internet, almost. In 2013, Khaled proposed to Minaj as a publicity stunt for the release of his new song I Wanna Be With You featuring Nicki Minaj, Future, and Rick Ross.

DJ Khaled proposing to Nicki Minaj with a ring

Moving forward from the publicity stunt, DJ Khaled though is always surrounded by the hottest stars in the music industry like Rihanna and Nicki Minaj. It seems that at the end of the day what matters to him the most is his fiancé Nicole and here's what he has to say about her:

Not only he is a good partner, DJ Khaled is also a very good father. So let’s move on to know more about the son of DJ Khaled, Asahd Tuck Khaled.

Asahd Tuck Khaled is a year old now - he was born in October 2016. At the time of Asahd's birth, Khaled could not even contain his excitement and posted a video of the fiancé, Nicole delivering the baby.

Adding up to his excitement, DJ Khaled also made an official account for his son, which has more than 1 million followers at present.