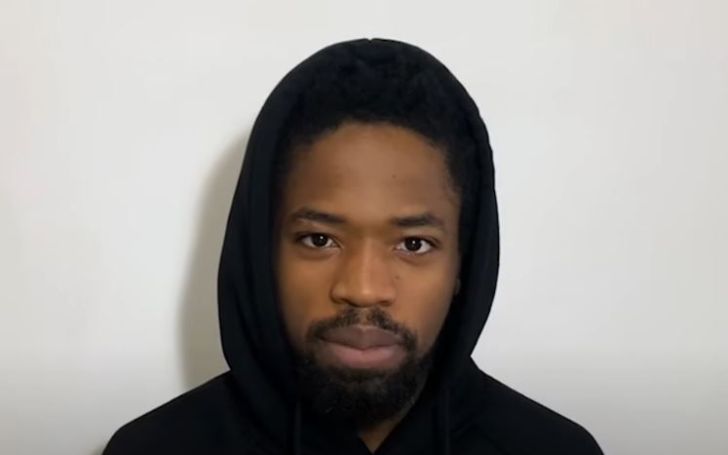 From Hallmark TV movies to TV series, actor Dewshane Williams well-described his on-screen prominence. After notable attention through Being Erica (2009-10), the Canada-immigrated actor made himself a great name on the small screen with works in Baxter, Defiance, The Strain, and The Umbrella Academy.

Moreover, he marked recognition as Sean in Hall Mark Channel film: One Winter Wedding, One Winter Proposal. Williams appeared in the recurring role of Trey in The CW series In the Dark (2020-21).

Williams was born in Jamaica and grew up there; later he moved to Canada in 1997 & settled there with his family. Though the Backstage actor has his birth details & further information on his family pretty reserved. Now a Canadian by nationality, Dewshane Williams comes from a black ethnic background.

By his high school days, Dewshane was serious about acting & even joined Toronto Fine Arts High School. Later, he went to Wexford Collegiate for the Arts.

After his musical debut through Grease during his college days, Williams added further appearances in musicals: Fiddler on the Roof & The Music Man, along with the theatre production of Metamorphosis. Then in 2009, he made his TV debut through Flashpoint and subsequently appeared in another series Family Biz.

Williams got early recognition after portraying Dr. Fred in Being Erica (2009-11) alongside
Erin Karpluk, Reagan Pasternak & Michael Riley. Afterward, the Canadian star notably starred as Jackal Corman in the live-action comedy Baxter (2010, 10 episodes), along with guest appearances in Unnatural History, and Lost Girl.

With TV appearance in Totally Amp'd (2011-12), it followed Dewshane's breakthrough as Tommy LaSalle in Defiance (2013-15). It co-starred Grant Bowler, Stephanie Leonidas, Julie Benz, Tony Curran & Jaime Murray Throughout the mid-2010s, she guest-starred in Nikita, Saving Hope, Murdoch Mysteries, and Beauty and the Beast. 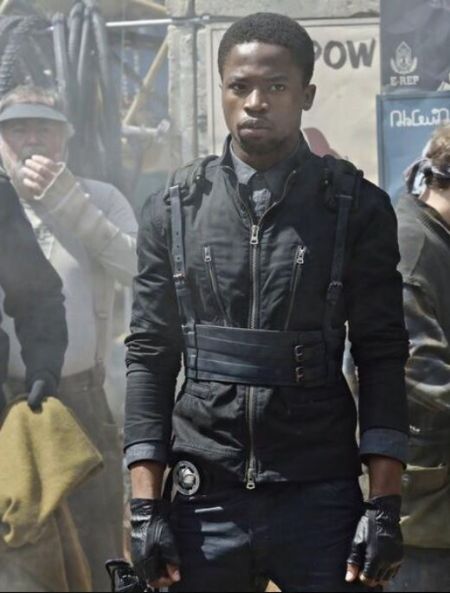 In 2018, Dewshane Williams portrayed Sean in the TV film One Winter Weekend; other notable casts in the film were Taylor Cole, Jack Turner, Rukiya Bernard & Cardi Wong. Then, he reprised the role in other Hallmark films: One Winter Proposal (2019) & One Winter Wedding (2021).

Net Worth Of Dewshane Williams- What's He Up To Now?

Since his professional debut in 2009, Williams has more than 40 acting credits with a decade-long career. And for sure, with such an impressive screen-time & fame, the Supergirl guest-star collected a fair sum of money too. As of 2021, Dewshane has an estimated net worth of $250,000.

Through notable TV works in Defiance, Being Erica, Backstage, The Strain & The Umbrella Academy, he allegedly called a salary of tens of thousand dollars. So annually, the One Winter Wedding actor possibly averages the 6-digit in earnings.

In Canada, an actor makes $36,500 per year on average, while it can go $93,341 per annum for experienced ones. Even more for A-listers, the payroll makes an easy slide in the million-dollar figure.

Most recently in 2021, Dewshane Williams starred in the TV film Christmas Time Is Here and in the TV series In the Dark (2020-21, Season 2-3). The latter co-starring Perry Mattfeld, Brooke Markham & Morgan Krantz renewed for 4th season in February 2021.

As per IMDB, The Expanse actor is all set to appear as Herb Porter in the series Hello Tomorrow! (pre-production).

Williams does not have an Instagram account, but actively uses Twitter (@DewshaneW) with more than 10.4k followers. Though, his social media posts don't interact with the depths of his personal life; in addition, the actor never spoke about his love story in interviews.

Currently, Dewshane does not have any publicly disclosed girlfriend. None of his dating stories ever came in official records so far too. Without any proof or talks on his romantic relationship, the majority claims that the actor is single meanwhile.

But it's the fame world & sudden surprise with the introduction of new beau is possibly possible. So, fans are in high hopes on the update of the Baxter actor's relationship update.