Dennis Quaid And Laura Savoie Are Engaged; Are They Tying The Knot Soon? 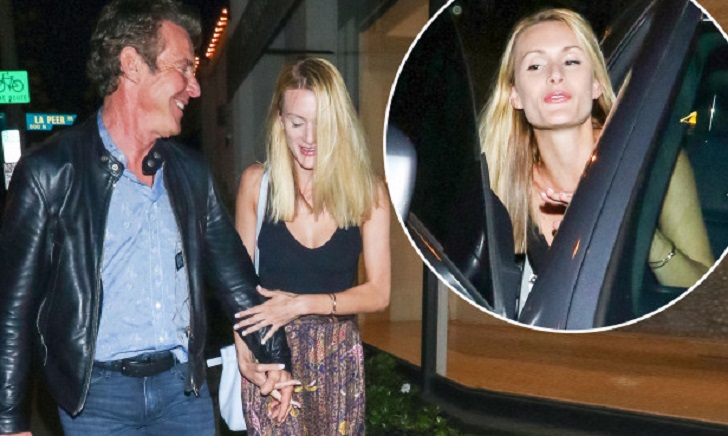 Age is just a number for the people who are deeply and madly in love with each other. Same goes for American actor Dennis Quaid and Ph.D. student Laura Savoie who is 39 years old older than her girlfriend.

Dennis and his current partner are recently engaged to be married. So, how and when did the pair start dating? What about his previous marriages and divorces? Scroll down:

The 65 years old actor has popped out the question to his partner Laura Savoie. The actor got engaged to the Ph.D. student after just five months of going public.

On Friday, 18th October 2019, the duo was photographed enjoying a romantic getaway to Hawaii, where they were seen going paddle boarding together. 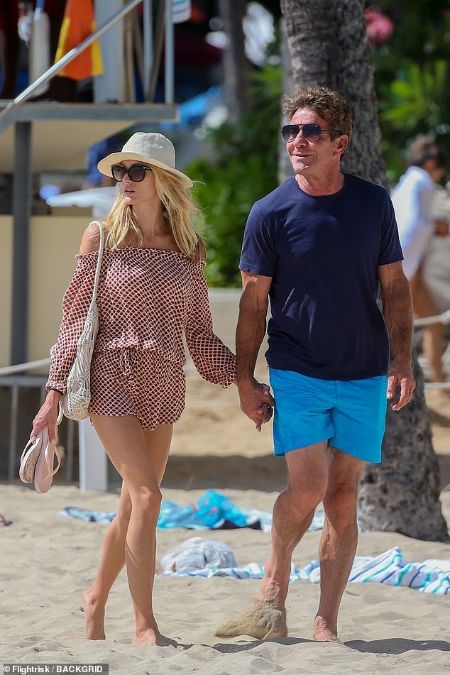 The pair, who was first pictured together back in May, enjoyed a trip to Italy over the summer in August.

Before dating Laura, Dennis was in a relationship with 32 years old model Santa Auzina after divorcing his third wife, Kimberly Quaid.

The 65 years old actor is married thrice and divorced in the same number. Before dating Santa, Dennis was married to Kimberly Quaid. The couple got married in 2004 and separated in 2016. 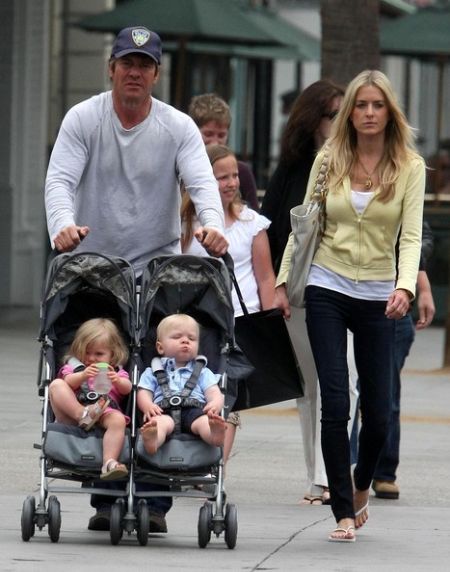 CAPTION: Dennis and Kimberly Quaid got married in 2004 and divorced in 2016 SOURCE: Zim Bio

Kimberly filed for divorce, claiming the reason behind their separation as “irreconcilable differences.” Before the final split, they had filed for divorce in 2012 and 2013. She got $2 million alimony.

Before Kimberly, Dennis was married to a second wife, Meg Ryan. The couple exchanged wedding vows in 1991 and separated in 2001 after enjoying conjugal life for ten years. The pair welcomed their only son Jack Quaid born on 24th April 1992. 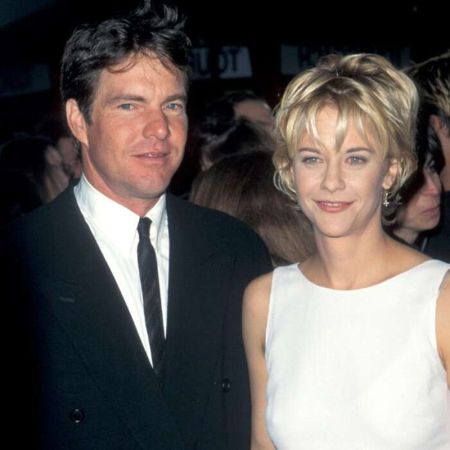 CAPTION: Dennis and Meg Ryan tied the knot in 1991 and separated in 2001 SOURCE: Eonline

Jack is an American actor famous for appearing in the science fiction movie The Hunger Games. He worked in numerous movies and television series like Plus One, Rampage, Logan Lucky, Ithaca, Just Before I Go, Workaholics, The Boys, and many others.

Dennis was first married to American actress Pamela Jayne Soles. They tied the knot in 1978 and later divorced in 1983.