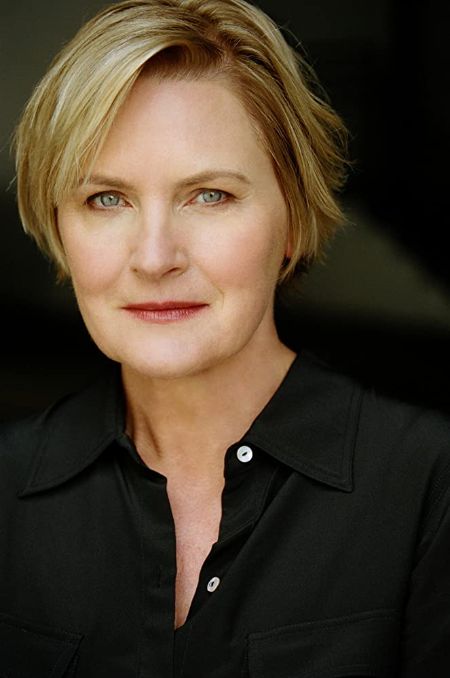 Denise Crosby is an American actress and model. One of six children of singer/actor Dennis Crosby, Denise is credited with more than a hundred appearances in film and television. She is most known for TV shows like Days of Our Lives, Star Trek: The Next Generation, Bones, Mad Men, Ray Donovan, and Suits.

How Old is Denise Crosby? What is her Height?

Denise Crosby was born as Denise Michelle Crosby on November 24, 1957, the daughter of singer-actor Dennis Crosby and Marilyn Scott. She is 62 years old as of August 2020 and stands at 5 feet 8 inches (1.73 meters).

Her father never married her mother, leading her mother to file a lawsuit against him, demanding child support and legal fees. This led to a rift between Denise and her father's side of the family.

Crosby grew up in Hollywood, California, where she attended LeConte Junior High School and later, Hollywood High School. She went on to study theatre at Cabrillo College before dropping out and pursuing acting.

Crosby began her career as a model in the mid-to-late-'70s. She made her television debut in 1980 as Lisa Davis in the NBC soap opera Days of Our Lives. 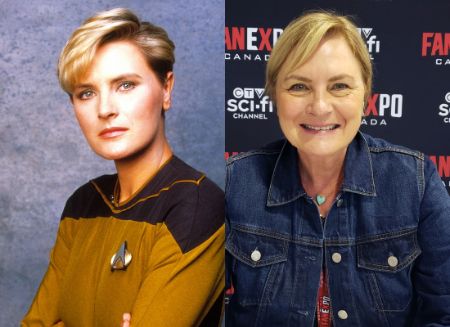 She became known to the wider audience when she joined on to play Lieutenant Tasha Yar in the syndicated sci-fi soap opera Star Trek: The Next Generation. The role made her a recognized member of the Star Trek fandom and she went on to co-produce and star in the Star Trek documentaries Trekkies (1997) and its sequel Trekkies 2 (2003).

She went on to appear as Dr. Gretchen Kelly in the ABC superhero series Lois & Clark: The New Adventures of Superman, Emily Morgan in the NBC drama series Baywatch, Dr. Mary Speake in the Fox sci-fi series The X: Files, and Gertie in the AMC period drama Mad Men.

Besides that, Crosby also had guest appearances in shows like Bones, Dexter,  Prison Break, The Walking Dead, Scandal, and Castle.

As of this writing, Denise Crosby is in her second marriage to actor Ken Sylk. They married in 1995, five years after her first marriage ended in divorce. With Sylk, Denise is mother to a son, August William Sylk, born on June 17, 1998. 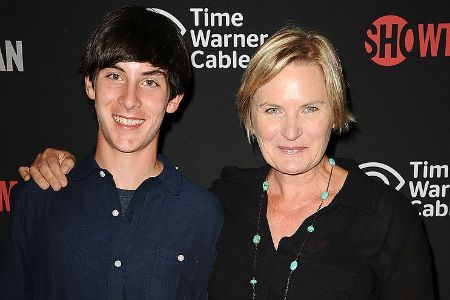 Previously, Crosby was married from May 21, 1983, to 1990 to director Geoffrey Edwards -- the son of director Blake Edwards.

As of August 2020, Denise Crosby has a net worth of $6 million. Her primary source of income is her career as a film and television actress. Initially, a model, Crosby made her on-screen debut in the late-'70s and has enjoyed an eminent four-decade-long career with over a hundred movie and television appearances.