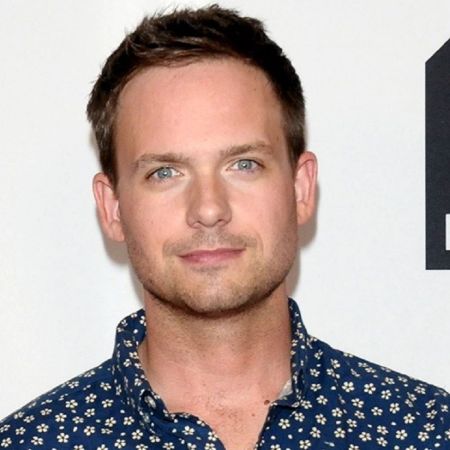 Patrick J. Adams is a Canadian actor most known for playing Mike Ross in the USA Network legal drama series, Suits. He has been married since 2016 to Pretty Little Liars actress Troian Bellisario and has a daughter with her.

How Old is Patrick J. Adams? What is his Height?

Patrick Johannes Adams was born in Toronto, Ontario, Canada to journalist Claude Adams and his wife Rowan Marsh. Born on August 27, 1981, Adams is 38 years old and stands at 6 feet (1.83 meters).

Adams attended and graduated from Northern Secondary School in his hometown of Toronto. When his parents divorced, Patrick left Toronto for Los Angeles at 19 and enrolled at the University of Southern California, where he graduated with a Bachelor in Fine Arts degree in Acting.

Partick J. Adams made his feature film debut as Patch in Todd Phillips' 2003 comedy starring Luke Wilson, Will Ferrell, and Vince Vaughn, Old School. He also quickly established himself in a litany of television shows like Cold Case, Strong Medicine, Numb3rs, Friday Night Lights, and Without a Trace.

Adams went on to have guest appearances in such diverse shows like Lost, NCIS, Ghost Whisperer, Cupid, and Lie to Me. He also made an appearance in an episode of the ABC Family teen mystery drama series Pretty Little Liars, starring his future wife Troian Bellisario. 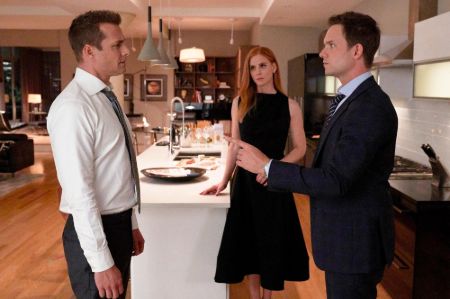 Adams is most well-known for playing one of the lead characters, Mike Ross, a brilliant college dropout who starts at a prestigious law firm under Harvey Specter (played by Gabriel Macht), in the USA Network legal drama series, Suits. The series ran for eight years across nine seasons from June 23, 2011, to September 25, 2019.

Besides that, Adams has played the superhero Rex Tyler / Hourman in The CW superhero action series DC's Legends of Tomorrow and starred as Ryan in the web series Pillow Talk. Furthermore, he also played Stefan Kilbane in the third season of the Amazon Prime crime-drama series Sneaky Pete.

Patrick is married to actress Troian Bellisario -- of Pretty Little Liars fame. They first met in 2009 while both were cast in the stage play Equivocation. They dated for five years before getting engaged in 2014. They got married on December 10, 2016, in a marriage ceremony held in Santa Barbara, California. 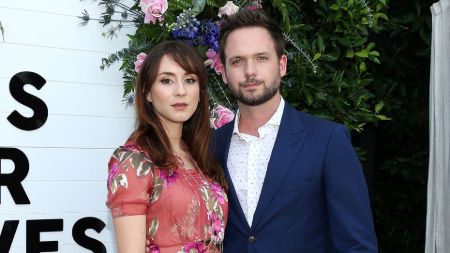 On October 8, 2018, Bellisario revealed via her Instagram that she had given birth to the couple's daughter, Aurora Adams.

As of August 2020, Patrick J. Adams is reported to have a net worth of $10 million. His eminent wealth comes from his career as a film and television actor. The 38-year-old actor is most known as Mike Ross in the USA Network's Suits. Other notable TV roles include appearances in shows like Friday Night Lights, Luck, Orphan Black, DC's Legends of Tomorrow, Pillow Talk, and Sneaky Pete.