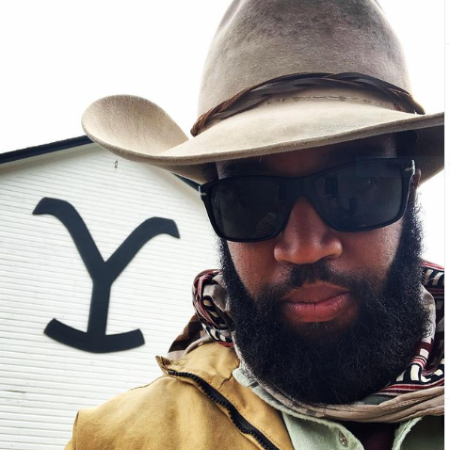 Denim Richards is a rising actor who grabbed the limelight for playing Colby in Yellowstone (2018-present) and Elijah Adrieux in Good Trouble. Besides that, he is also a writer and director of the short film The Zoo.

Denim Richards was born on 10 August 1988 in the United States of America. Holding American nationality he belongs to the Black ethnicity. Further, the actor has maintained a low-key profile regarding his early life, parents, siblings, and religion. Also, his educational qualifications are missing.

Further, the 33 years old actor is about 5 feet 6 inches tall and weighs around 72 kg. He has dark black hair and brown eyes. He might have trained himself in music and films related courses.

Richards started his career as an actor back in 2007. In his debut year, he appeared as a Choir on the TV series Lincoln Heights for an episode.  In 2009, he was again spotted as Choir (Christmas Special) in the series The Tonight Show with Conan O'Brien. Again, he featured as Goolagon in the television show Good Luck Charlie in 2011.

After 2 years, the rising star became a part of the short-film Space Shuttle Atlantis: Pre-Show. Later, he acted in movies and TV series like Catfish: The TV Show, Acting Out, Murder Book, The New Edition Story, Muse, Relativism, and The Book of G.A.M.E. (Getting a Major Edge). 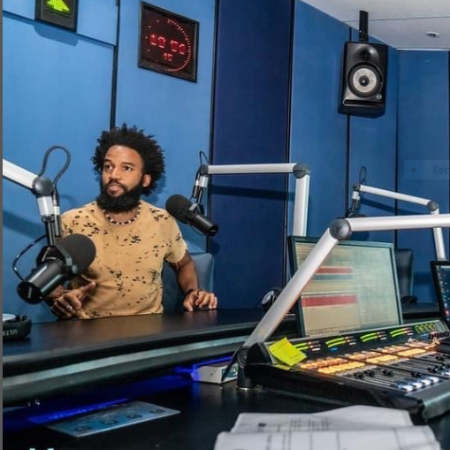 Furthermore, in 2019, the American actor played the role of Elijah Adrieux on the TV series Good Trouble along with Maia Mitchell, Cierra Ramirez, Roger Bart, Josh Pence, and Beau Mirchoff.

Besides that, the Good Trouble actor has also worked as a director and writer in the short movie The Zoo. His 2020 onwards post-production acting credits include Relativism and The Chickasaw Rancher. Also, he directed and produced another drama The Forgotten Ones.

Yellowstone actor Richards has worked in numerous movies and television shows. As per the report, he has an estimated net worth of $300,000 in 2020. in 2022, the media personality might have made his fortune of around $500 thousand. Though his exact net worth is unknown one thing is sure the actor earns enough money to live a quality life.

The average salary of an actor is around $57,299 per year. He might receive a similar sum of dollars from his acting career.

What Is Denim Richards' Relationship Status?

The talented actor Richards' current relationship status is quite confidential. To date, he is successful in keeping his personal life away from the media.

It is not clear whether Richards is single, dating, or married at the moment. Neither he is spotted with anyone nor does he talks anything about his private life in any of his interviews. Thus, he might be single. Besides, he might share a healthy relationship with his co-workers.

According to the Influencer Marketing Hub, Richards earned around $178.5 to $297.5 per sponsor post with an engagement rate of 2.12%.