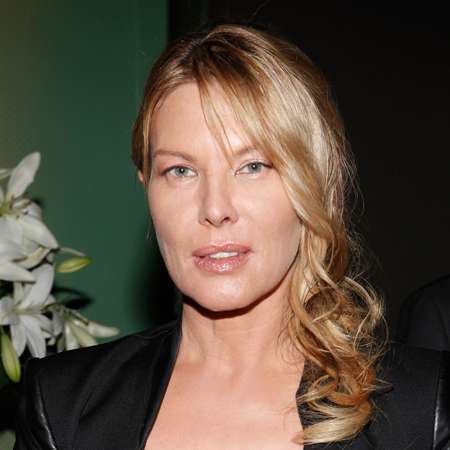 Deborah Kara Unger is a Canadian actress. She is popularly known for her appearances in films Highlander III: The Sorcerer (1994) and The Game (1997). A renowned actress has been active in the field since 1989 and has also landed several performances in numerous movies and TV shows. Unger is yet to be married and is neither dating anyone officially.

Deborah Kara Unger was born on 12 May 1966, in Vancouver, British Columbia, Canada. Her father was a gynecologist and her mother was a nuclear disposal specialist.

Unger was raised in Vancouver, British Columbia. Deborah Kara Unger’s nationality is Canadian. And according to her ethnicity, she is white. Her star sign is Cancer. Information relating to Deborah’s sibling is not known.

Deborah Kara Unger attended Australia's National Institute of Dramatic Art and she was the first Canadian to be accepted to be in there.

Deborah Kara Unger made her acting debut playing the role in the 1989 TV miniseries Bangkok Hilton, alongside Nicole Kidman, Noah Taylor, Jonathan Biggins, and many others. Just a year later her debut was also featured in Till There Was You, Breakaway, and Prisoners of the Sun. In 1992, she made her appearances in the American thriller film Prisoners of the Sun.

In 1994, she appeared in the Highlander film series, Highlander III: The Sorcerer in the character of Alex Johnson, and for her role in the movie, she was highly appreciated for her acting. She was cast along with Christopher Lambert, Daniel Do, Michael Jayston, and others.

Furthermore, she was also played a leading role in the 1997 thriller The Game, alongside  Hollywood’s biggest superstars, Michael Douglas, and Sean Penn.

Similarly, In 2000, she was featured as Katherine in the psychological thriller film Signs and Wonders. In 2002 she appeared in several movies like Ten Tiny Love Stories, The Salton Sea, Leo, and Between Strangers.

Deborah Kara Unger's smashing performance in many movies and TV series also earned her many accolades. In 2004, the actress has cast in the movie One Point O. Her role in the movie garnered her Action of Film International Film Festival under the Half-Life Award category.

Deborah Kara Unger has earned a decent amount of money from her acting career especially her significant roles in the movies helped her financially. As per estimation made by various online sources her net worth is believed to be more than $1 million.

Unger appeared in the thriller Crash in 1996 and the movie went box office hit grossing over $23 million on a budget of $9 million. She was also cast in the 1999 movie Payback which also was a box office success making more than $160 million against a budget of $90 million. She played the role in the movie alongside Mel Gibson, Gregg Henry, and Maria Bello.

As per sources, the actress currently resides in Vancouver.

Deborah Kara Unger is a versatile actress and she has proven herself in several movies and television appearances. Despite Deborah being a superstar, she has kept her personal life under her wraps.

Deborah Kara Unger’s sexual orientation seems to be straight but it is not confirmed that she might not be bisexual. Her current relational status is also unknown, it is supposed to be single but she might be dating someone.

In the past, Unger had an affair with American actor James Spader but the exact details of where they met and when they started dating is unknown. She is not married yet; she might be looking perfect person to make her spouse or she might be looking for a perfect time.

There are rumors of her linkage with several actors but she has not confirmed any one of them to be her boyfriend. There is no information relating to Unger’s children. As of 2019, she lives in Vancouver and frequently hops between Los Angeles and Vancouver for work. The 53-year-old actress has been in the spotlight for the past many years but has never talked about her love life.